The mother of Benson Imbati, a Rogue police officer from Kangemi who allegedly shot and killed several people has finally opened up about her son's death. 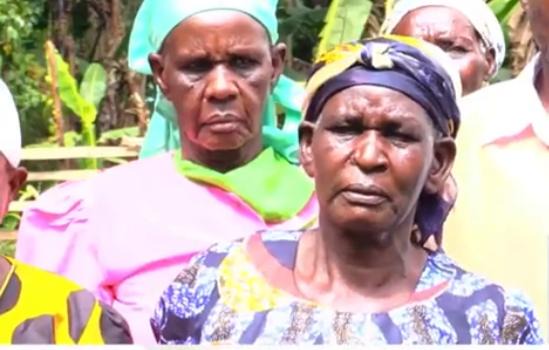 According to the reports given by the woman, she claimed that Benson was the only child who didn't get into much trouble unlike his brothers who often got into trouble. For her, Benson was the source of her peace adding that she still doesn't believe that he did what people claim he did.

"I don't believe that he did this. He is my second born and among all of my children, he was one of the most quiet child who didn't give me trouble, when he was young he gave me peace. I remember when his brothers were getting in trouble, he was always studying and quiet an this is the reason why I didn't think he could do this. At first, my youngest son called me and told me thinks were not okay. He refused to tell me what had happened until I saw it for myself and honestly I still don't believe it", she said.

In an incident that happened yesterday in the morning, it has been revealed that the suspect allegedly went home, got into an argument with his wife who he allegedly shot dead in unclear circumstances. As 8f this was not enough, he allegedly got out of his house after which he shot several other people who tried to stop him. The officer would later kill himself using the same gun.

While reacting to this incident, kenyans who took to their different social media accounts to express their opinions and suggestions on the matter have called upon the government urging to declare mental health care a national priority in order to reduce the increasing rate of crime in Kenya. 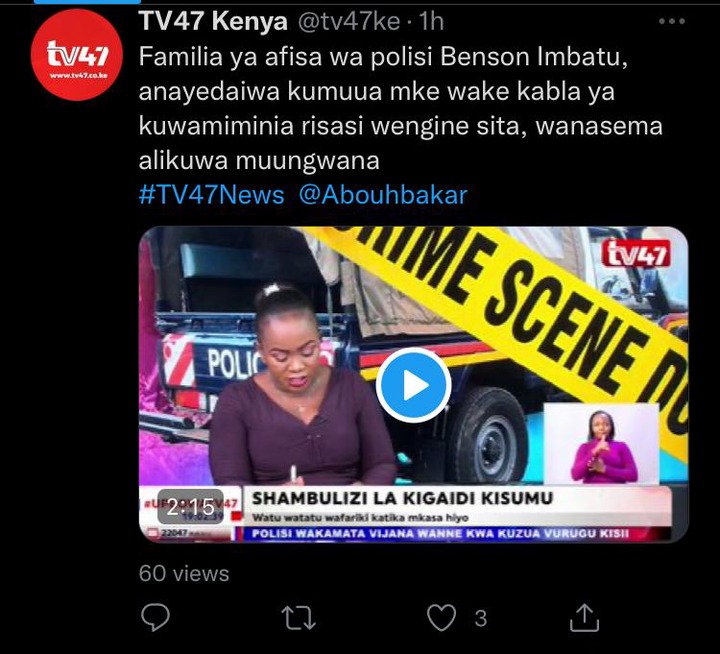