By G-Facts (self media writer) | 3 months ago 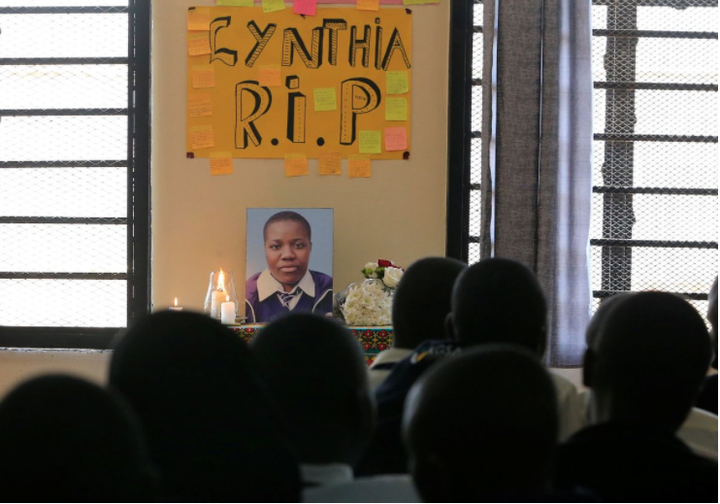 Statistics revealed by the Gender Violence and Recovery Center at Nairobi Women's Hospital show that almost half of women in Kenya experience Gender-Based Violence during their lifetimes. Additionally, about one in three girls experience sexual violence before attaining the age of 18.

Among the victims is Agnes Tirop, an athletic star who held the fourth position in the Tokyo Olympics and a 17-year-old volleyball player at Kibera Girls Soccer Academy, Cynthia Makokha. Tirop suffered her death from multiple stab wounds to the neck. On Thursday, the police arrested a suspect while trying to flee from the country. Tirop's family explained that the star had separated from the suspect, Her ex-husband, as she suspected that the man had cheated on him during the Olympics.

On the other hand, Makokha suffered her death from rape. The culprit later dumped her in a river where she was found. Makhokha was visiting her parents in Western Kenya when she met the perpetrator who would later claim her life. Latifah Shaban, a 17-year-old who shared a bunk bed with the victim expresses his fear of men from the rape cases she has overheard. Sorrow was written all over the faces of her schoolmates as they mourned Makhokha's death.

Content created and supplied by: G-Facts (via Opera News )

"Side Chicks Are Important in Every Marriage " Female Relationship Experts Says, Reveals Why

Am Not Jealous Of My Mum For Finding Younger Husband, Musila's Daughter Responds To Fan Online

5 Things In Women That Attract Men Like A Magnet

Meet An African King Who Had 100 Wives And 500 Children, See Photos