By Shantynews (self media writer) | 3 months ago 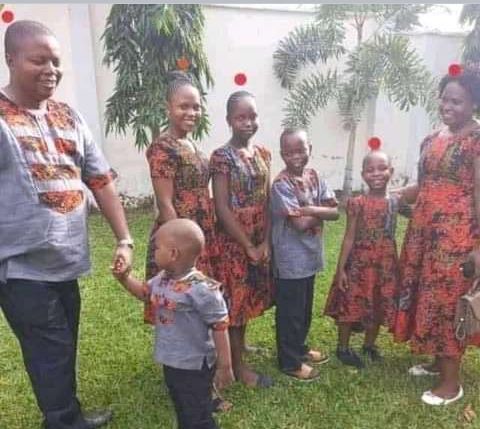 The two boys who survived in the Kisii family accident which occured on the Mombasa highway were left stranded after being discharged from Makadara hospital.

According to a report by Citizen TV, the two brothers who are 3 and 10 years old had nowhere to go after their house was locked by their uncle who is a brother to their late father who also took all the family belongings.

The family is reportedly having a serious dispute over who will rightfully inherit Mr Bundi's property.

The uncle identified as Mr Dennis Nyangweno who admitted to locking the house has never visited the boys in hospital.

The two boys will continue staying in the hospital until the family dispute is resolved. 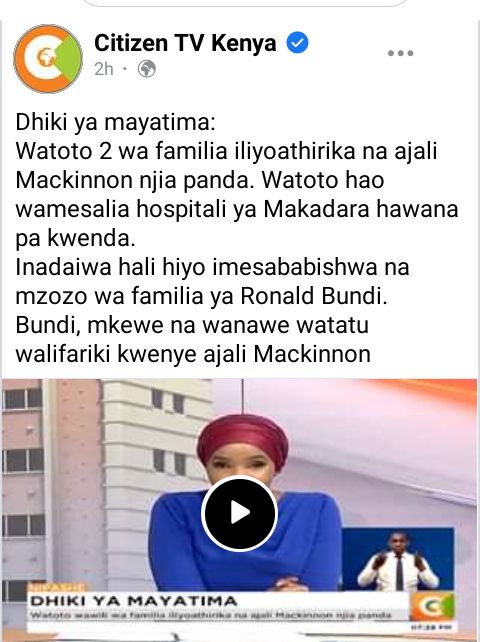 The funeral service of Mr Ronald Bundi who was a Mombasa based engineer, his wife Veronica Bundi and their three daughters was held in Nyakegogi village, Sameta sub county in Kisii on 7th January.

The two boys attended the funeral on wheelchairs since they were still receiving treatment after being badly injured in the accident.

Sad, Another Accident Along Mombasa Road Mlolongo Near Mombasa Cement