DCI Arrests Two Men In Isiolo Who Were Armed With One AK47, 128 Rounds Of Ammunition And Grenades

By Olusabeti (self media writer) | 11 months ago

According to a post on Facebook by DCI, the two men were arrested in Merti in Isiolo county. They two were armed with one AK47, 128 rounds of ammunition and two hand grenades.

DCI spotted a Toyota Probox occupied by the two when they were patrolling the area. Team of officers from Merti and Yamicha police post signalled them to stop but they sped off. A hot pursuit ensued , before two occupants in one of the cars opened fire at the officers, a move that triggered an exchange of rapid shots in self defense.

The suspects then surrendered and were arrested . A search in their car saw the recovery of the said exhibits including five magazines, and nine magazine pouches, a military jungle belt , two mobile phones and several pen knives.

The arrested suspects Abdi Fatah Ibrahim and Yusuf Mohamed are undergoing interrogations. The other car which escaped is also on the search by DCI. 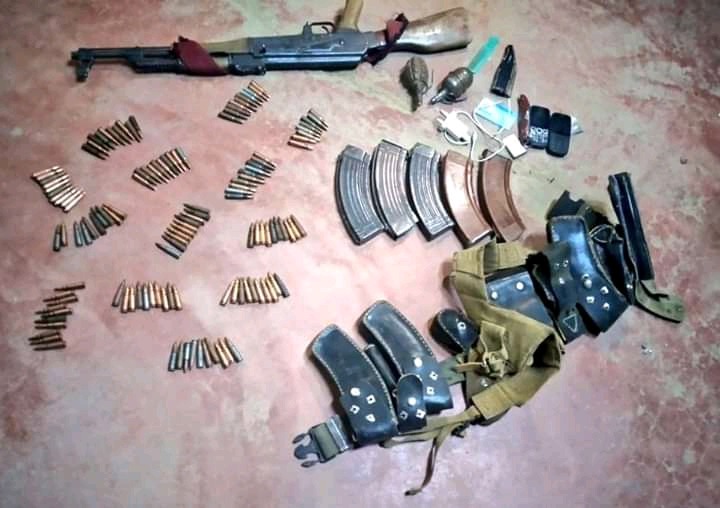 Thanks to DCI for the great work they are doing to ensure safety and security is maintained in our nation.

ANC MP Who Was Locked Out Of Uhuru's Meeting Visits Atwoli.

UDA Supporters Denied Entry To An Event In Kikuyu