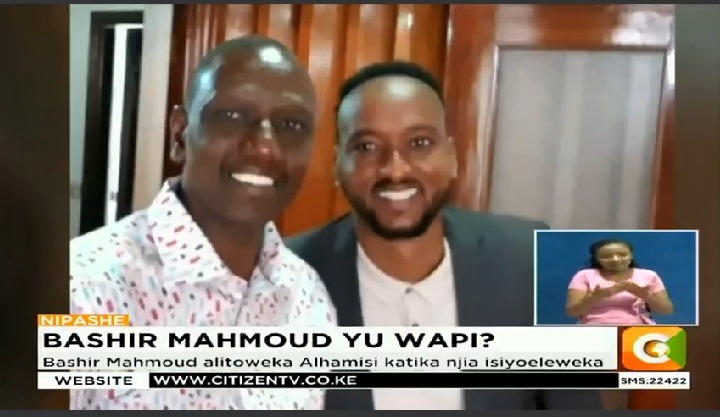 According to CitizenTVKe, Bashir was seen leaving the joint where he gave out cash to some watchmen and bouncers at the gate.

A minute later his range rover was seen entering the highway, only for it to be stopped Abruptly by unknown assailants.

In the clip, a lane of traffic was seen building up as his vehicle remained stagnant along the road.

Pedestrians were also seen looking behind at something that looked like a commotion at Bashir's vehicle.

After reviewing another footage from the same bar, his lawyers noticed some suspicious-looking people who were on phone calls all the time when Bashir was at the bar with a restless look.

According to his wife, Bashir tried to call him during the incident but his phone was switched off immediately. 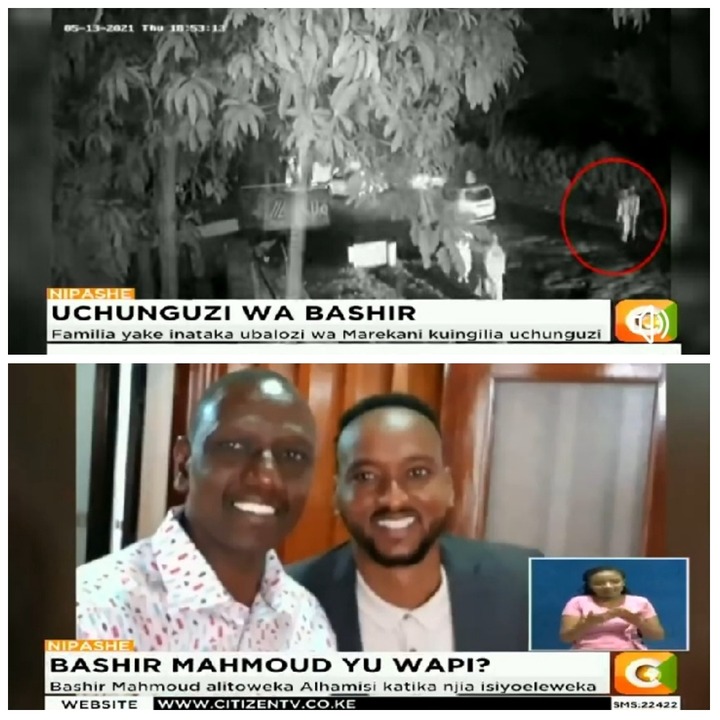 Police officers who are investigating his disappearance have questioned workers from the said joint.

Earlier reports indicated that his vehicle a range rover was discovered totally burnt5 to ashes in Ngong.

The young man who is an engineer has been doing business in Kenya for quite some time.

He was at one time spotted with the deputy president William Ruto and President Uhuru Kenyatta.

His lawyers have reportedly written to the USA embassy calling for the office to intervene and help bring it, citizen, back. 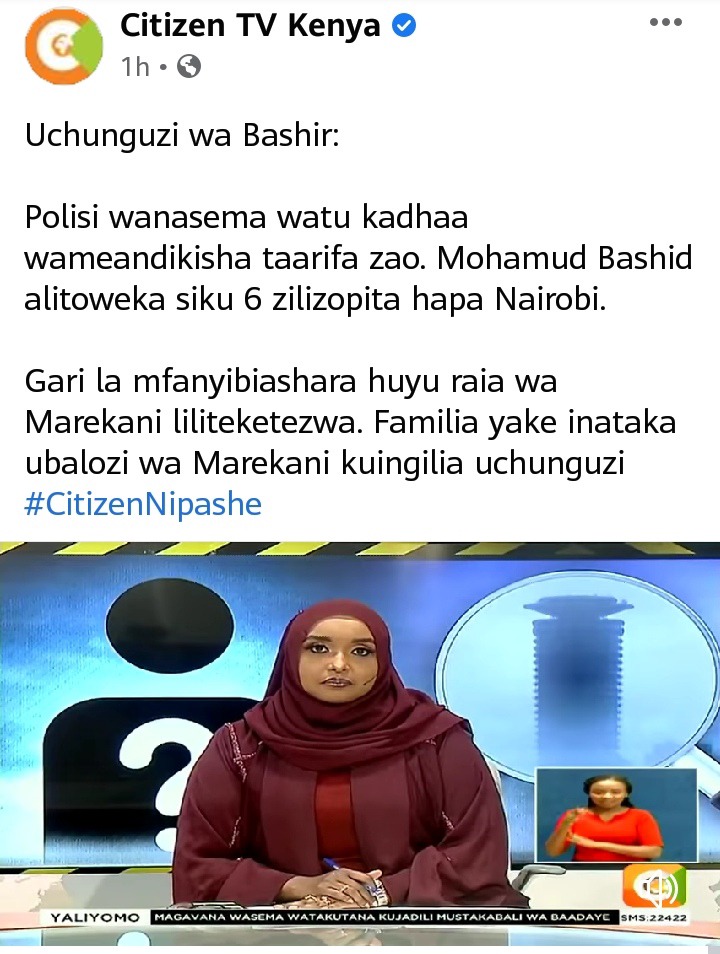