A Kenyan living in South Sudan had his friend shot dead and his body burnt by suspected Militia group in South Sudan. He was forced to recover his body back home. Here is his story as narrated to the STANDARD. 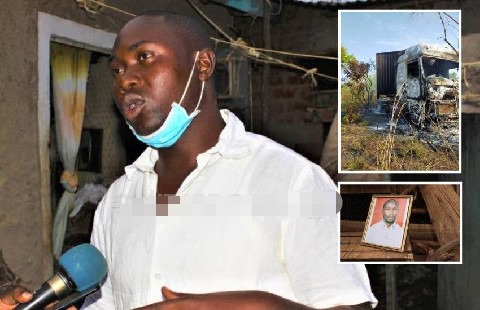 Collins Chapurukha got the news on April 1, he thought it was prank, his childhood friend Elijah Thiiru had been killed by gunmen along Juba- Nimule road in South Sudan. Elijah was a truck driver. He confirmed the reports from other truck drivers who worked with Elijah. He set about planning how he would recover his friend's body before it was interred in an unmarked grave.

Thiiru's mother, Ann Wanjiru and his wife Sandra Kanini were still coming to terms with the news back in Kenya. For the last three years, Elijah was their breadwinner ferrying goods from Mombasa to South Sudan Capital, Juba. He was killed alongside 2 Ugandans, one Ethiopian and one Eritrean. 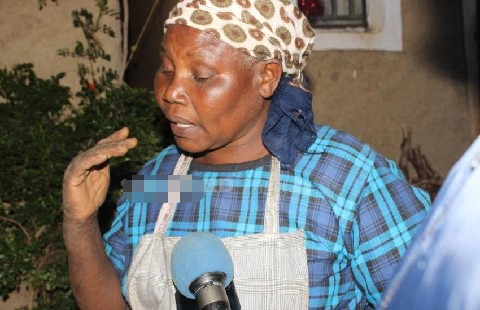 Chapurukha was working a construction specialist/ builder. He set out for a 3day journey from Wau town to Juba. Luckily, he got a lift from a mediacal chopper after paying $100,he flew to Juba a. He went straight to Juba Refferal Hospital where he was told that the bodies were buried at the scene because their they were burnt beyond recognition.

Chapurukha didn't believe it,he wanted to see the graves by himself. He left for the scene only to find burnt shells of trucks, bodies moved to an unknown morgue. He drove for three hours to Nimule town, he inquired about the bodies at a local hospital where he was told that the bodies were moved by Military personnel to Juba. 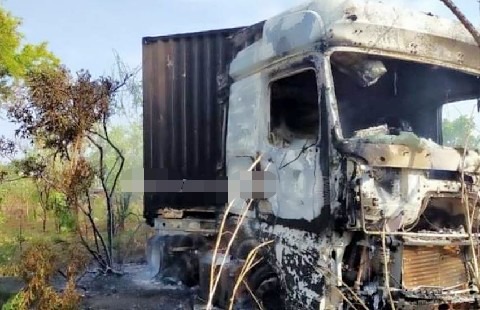 He drove back to Juba military owned morgue but denied entry. After hours of negotiations,he was allowed to inspect the bodies."It was hard to identify the bodies. Luckily, Thiiru’s head was not badly burnt, and I identified him through his unshaven beard. He had no legs. I was told the legs had been burnt to ashes,” said Chapurukha.

He then rushed to the Kenyan embassy where he was given a special pass to transport the body then went for the coffin. " I ordered a shorter coffin that could easily fit on the backseat of my car since Thiiru's body had no legs." 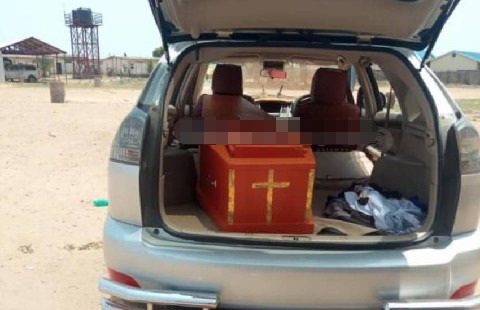 Chapurukha started the 26- hour journey on Sunday April 4 from Juba in his Toyota Harrier. He played Lingala and gospel music to break boredom for the 1400KM. Family was waiting for Burial in Matunda. He crossed South Sudan - Uganda border at Elegu and informed the family to go with burial arrangements shortly after crossing Kenya - Uganda border.

He was so sleepy and wanted to doss off for one hour in Bungoma but bought an energy drink instead that kept him going. He arrived in Matunda at 10 A.M on Monday. Thiiru's body had started to decompose.