Yesterday evening, a sad incident was reported in Ruiru close to the GSU camp concerning the sudden murder of an anonymous girl who was dumped by unknown people. As reported by Citizen TV, this young girl who was seemingly in her early 20s was going out with someone else's husband something which never pleased the lady. It has been reported that she was tricked by her killers and they went to an unknown place with her. 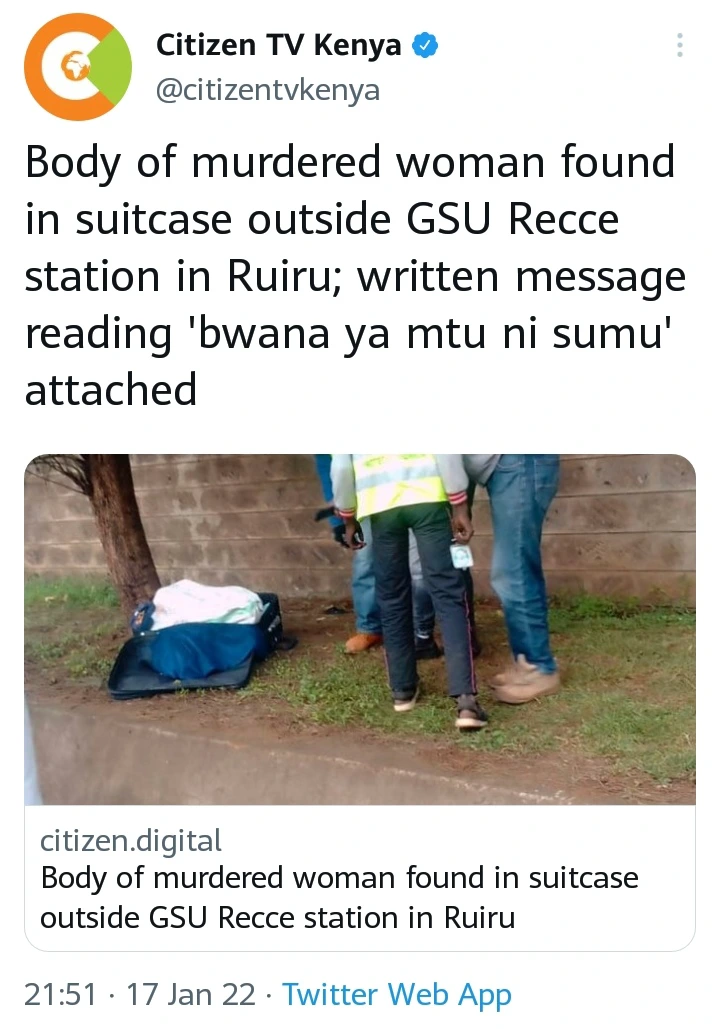 They actually murdered her brutally and cut her body parts into pieces. They further wrote a note on her chest and arms that read 'bwana ya mtu ni sumu' a clear indicator that the young lady was in a secret relationship with a married man. They put her body in a sack then put it in a suitcase so that people would not know they are transporting corpse. 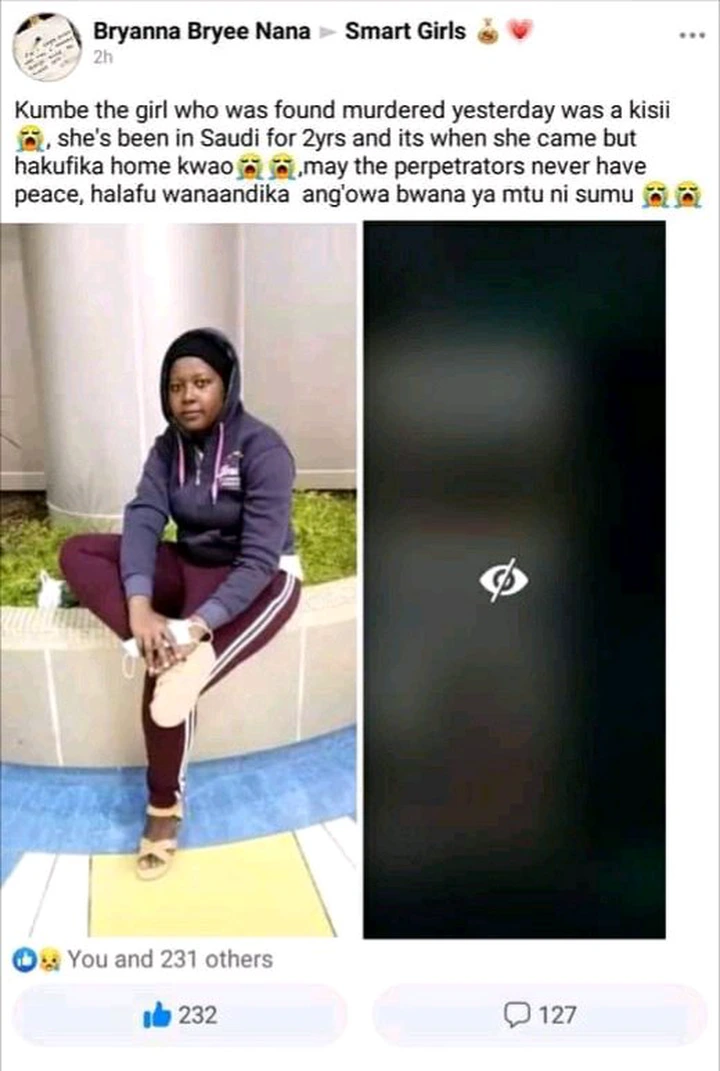 It has been reported that they later on dumped the body in a GSU camp hoping that police officers will come across and take it to the morgue. Up to now, the killers have not been found and we hope they will be arrested as soon as possible. Now, the family members have managed to identify their kin and last night, they gave out a photo showing who she was. It is so unfortunate that she died young. Rest in peace. 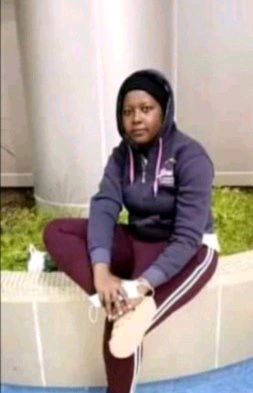