Police officers in Kangundo are currently investigating an incident where a 13 year old Boy allegedly shot himself using a commissioner's gun.

In a news report that has been shared by a reliable source of information, it has been revealed that the police boss had left his gun in the sitting room after which he went to talk to his wife in the Bedroom.

This was followed by a dramatic scene after they allegedly heard a gun shot coming from the bedroom of the deceased.

The two rushed to the bedroom only to find it locked from the inside. According to the reports given by the police boss, he claimed that they broke the door only to find the body of the deceased lying in a pool of blood. 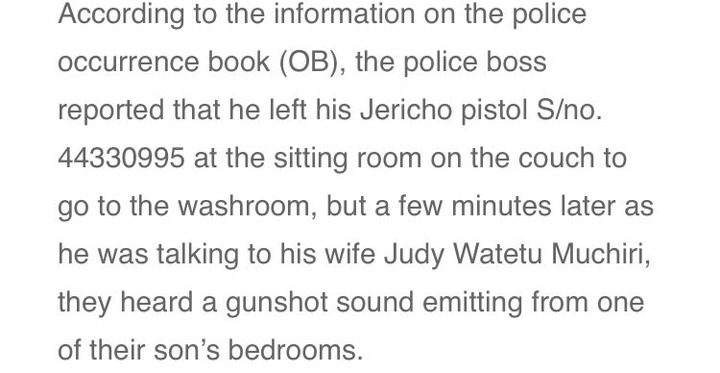 While reacting to this incident, kenyans who took to their different social media accounts to express their opinions on the matter have called upon parents to make sure they listen to their children due to the fact that some parents don't have time for kids.

According to the reports given by most Kenyans, they claimed that it is so unfortunate that the government is yet to do something about the increasing number of suicide among the Youths in the country despite the fact that the numbers keep on rising on a daily basis 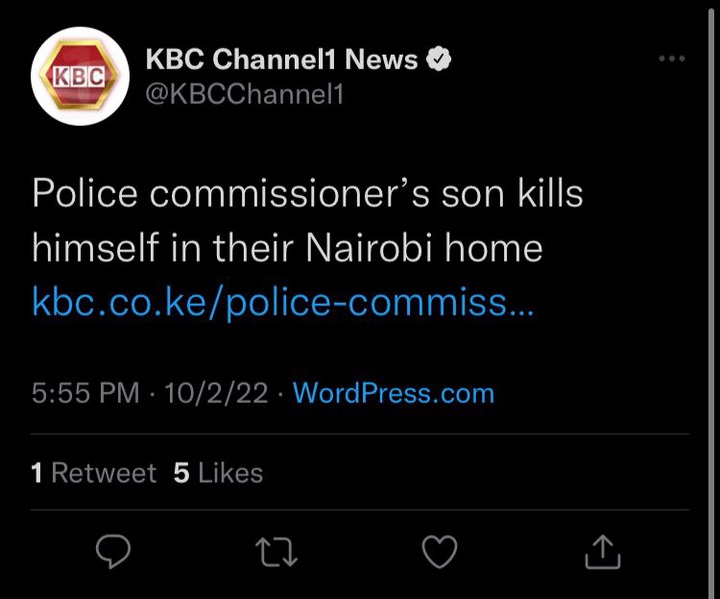