Police at Kiawara police station have found themselves in an awkward position after a 47year-old trader died under mysterious circumstances inside their canteen a few metres from the station report desk. 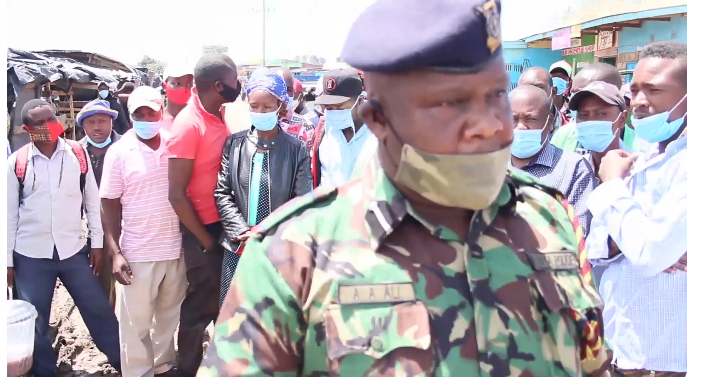 Peter Muthoga Nderitu was discovered dead while seated on a bench outside the canteen on Sunday morning with blood oozing from his mouth and other injuries.

Following the death, bussiness came to a stand still at Kiawara trading centre today as traders demanded answers under what circumstances he died in a security premises without anyone noticing his killers. 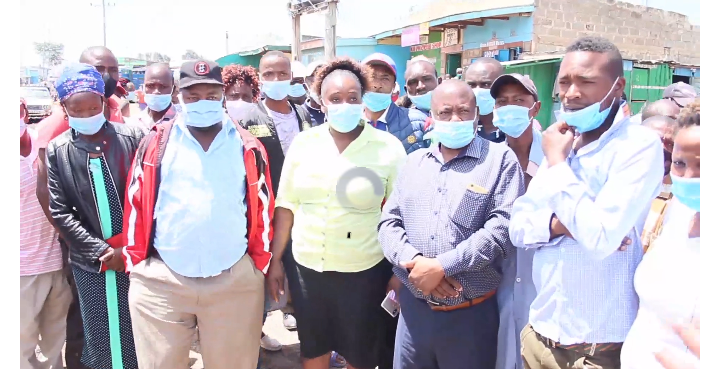 Speaking to the press bitter traders who were at one time tear gassed by law enforcers after they visited the scene where he died said that Muthoga had spent his afternoon at the canteen drinking with his friends.

They said that however his body was discovered at the bench the following day without any proper explanation on how he came out of the pub or what happened led to his death.

"When we went to the station, police officers never gave us an account of how he died. In fact the station Commander told us to wait for a postmortem report, that is why we are demanding justice for Muthoga"said a trader.

His wife Eunice Ngima said that her husband had left home as usual but he failed to come back on Saturday evening only for her to be informed of his death.

Kieni west sub county police officer Ahmed Ali said that they have launched an investigation over the incident.

By the time of going to press Muthoga relatives were in Nyeri referral hospital morgue where a postmortem of his body was being held.

Content created and supplied by: @Kangkang (via Opera News )