Fear As Thieves Break Into Houses, Feast Then Rob Victims

By Jackwriter (self meida writer) | 1 months 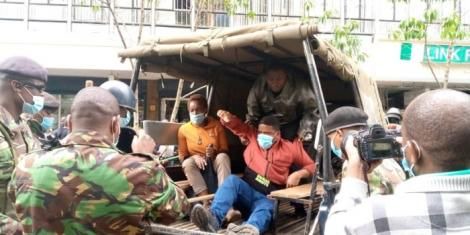 A gang of thieves has taken advantage of the nationwide dusk to dawn curfew striking in the wee hours of the morning, leaving residents of Kirinyaga County living in fear.

Kirinyaga Sub-county commander has confirmed reports of incidences presented to her by the residents of the county in which they complained about the rising cases of insecurity.

The gang has been reported to be breaking into residents' houses while they are asleep, feasting on their food, and then making away with valuables ranging from electronics to household items.

The residents suspect that the youth gang first drug their victims to induce deep slumber so that they would not detect any movements in their houses during the illegal operation.

One of the victims said that they found a long stick with a sock tied on one end and they suspect that it either soaks the sleep-inducing drug or it could be a tool to open doors of the houses belonging to sleeping residents. 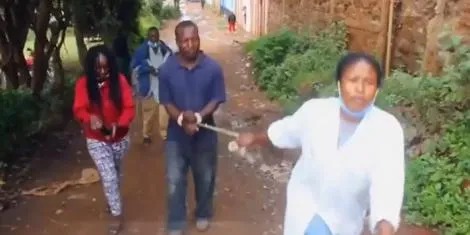 Nelly Mutugi, while speaking to K24 Digital lamented that the thugs broke into her house, ate all the food she had prepared, and went on to drink her milk. After enjoying her delicacies, they made away with electronics valued at Ksh35,000.

A business lady based in Kagio, Kirinyaga county by the name Wairimu Elizabeth was shocked when she woke up to a house swept clean by the gang and to her surprise, she did not hear an inch of movement during her sleep. On that fateful day she lost electronics worth Ksh 30,000 among other household items.

The sub-county police commander indicated that they were investigating a case in which a house occupied by two students was broken into in a similar fashion and the assailants made away with a cooking stove and two mobile phones.

In a separate incident of the same fashion, 50 residents of an apartment in Utawala, Nairobi woke up to find their houses swept clean by burglars on November 4, 2020.

Residents who narrated the ordeal suspected that the burglary happened between 2:30 am and 3:00 am.

"What astounds us is that we had locked our doors before going to bed. We had locked the upper locks and also those at the bottom of the door," one lady victim lamented.