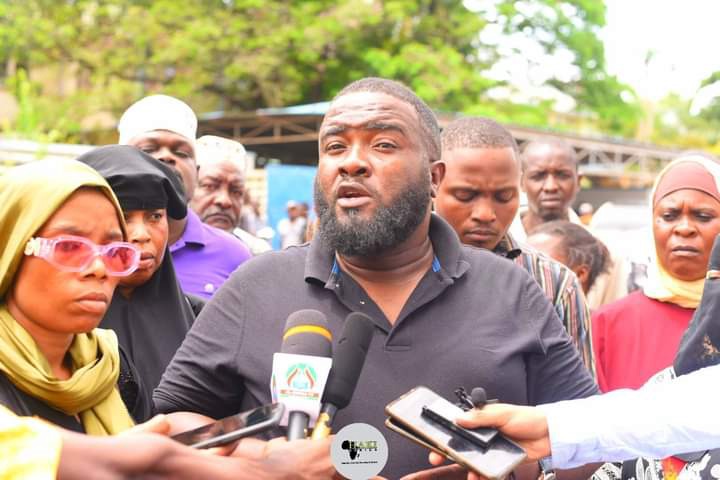 A report by Haki Africa has now identified the case of one Andrew Musakhale who was arrested earlier today by Mikindani Police Officers at his home in Jomvu Mikanjuni kwa Noti at around 11 am.

According to the reports, the officers came to arrest him after an individual lodged a complaint against him. The complainant claimed that the deceased owed him and another person a combined Ksh. 57,000. 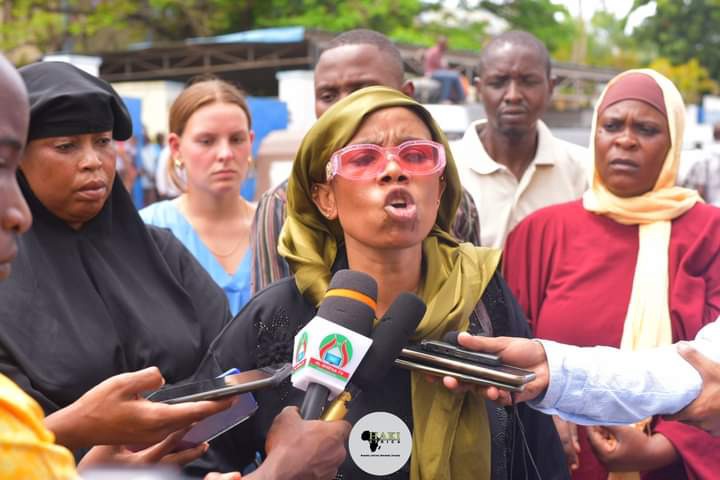 Andrew's wife immediately protested against the arrest as she told the officers that her husband was suffering from low blood pressure and low blood sugar. However, the police refused to listen and arrested him. He was taken to the police station but was not booked for any crime. 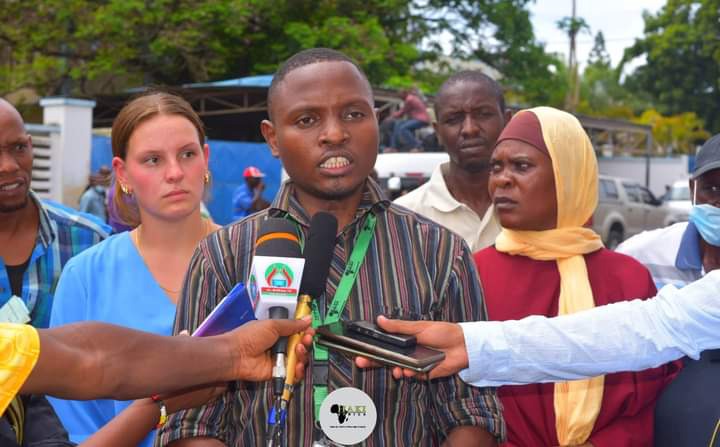 According to the report, He began feeling unwell and was allowed to sit outside on a bench at around 4 pm. He was found dead a few minutes later. The body was taken to Coast General Hospital Mortuary as his family pleaded with relevant authorities to intervene in the matter. 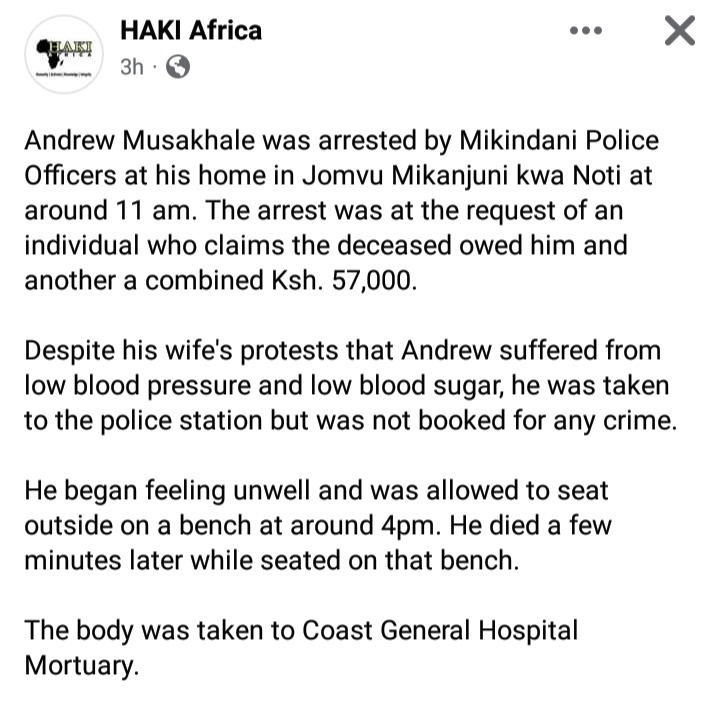