The National Police Service has finally opened up about the allegations that were made by renowned Kenyan activist Boniface Mwangi who claimed that his house which was under construction was allegedly bombed by unknown assailants. 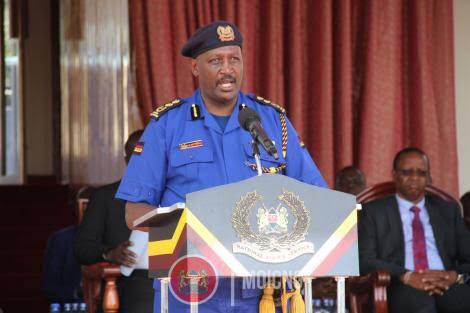 In an incident that happened allegedly happened yesterday in the evening, Boniface Mwangi who took to his different social media accounts to express anger and frustration after the incident accused a renowned politician or having a hand over this.

Taking to his Twitter account, he said that he was going to make sure her exposes the politician for allegedly wanting to shut him down adding that unlike other people who the politicians have allegedly silenced, he is not scared.

Confirming this Incident, Kenya National Police Service has revealed that they received a report that was made at Thika police station claiming that the house of the activist had allegedly been brought down.

According to the reports given by the National Police Service, they claimed that an unknown group of people allegedly approached the construction workers who were working on the building. Robbed them after which they allegedly put several explosives that brought the house down. For this reason, the NPS has called upon any Kenyan with any vital information to contact them.

Reacting to this incident, kenyans who took to their different social media accounts to express their opinions and suggestions on the matter have called him out claiming that this was meant to happen especially after he rubbed the wrong foot of several renowned people.

In the past few days, Boniface Mwangi had been trending on Twitter and different social media platforms after he called out a number of prominent people in the country accusing them of doing different things that he failed to prove. For most Kenyans, they claimed that it was just a matter of time before something like this happened. 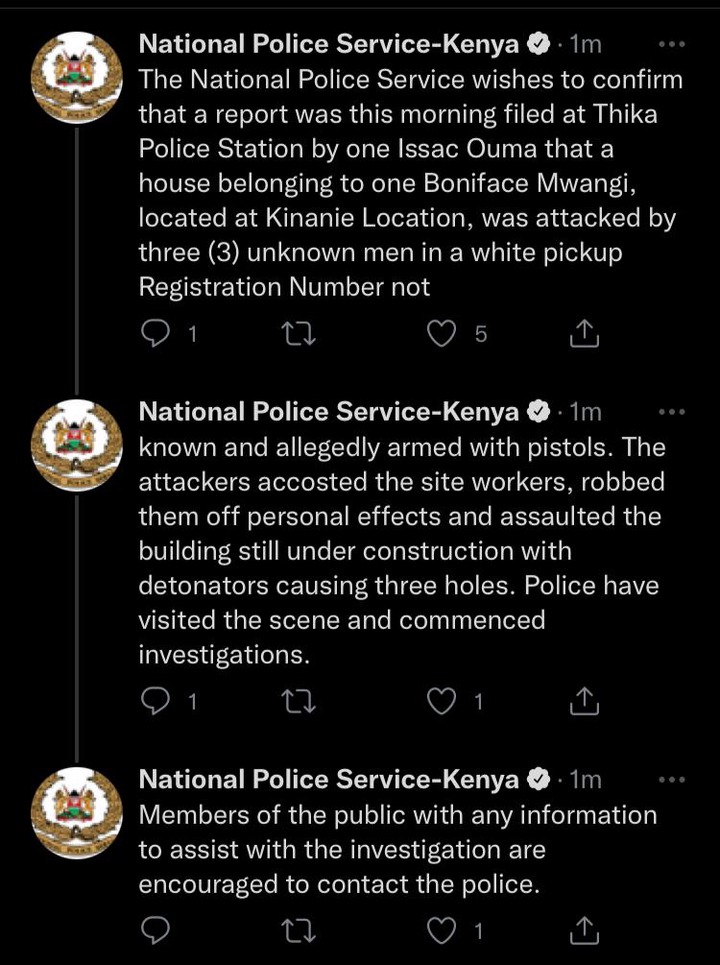