A man has called upon the DCIs to conduct an investigation in order to find out why several people are currently being Chased out of their houses by landlords who are allegedly renovating their houses.

According to the reports given by the man, he claimed that several people have already been Chased out of their houses by their respective landlords and for this reason, he called upon the NPS and the directorate of criminal investigations to conduct an investigation in order to find out why this is happening.

"I would like to call Upon the inspector General of police along with the director of criminal investigations to conduct an investigation in order to find out why some of us are currently being Chased out of Naivasha by landlords claiming that they want to renovate these houses", he said.

While reacting to this incident, kenyans who took to their different social media accounts to express their opinions and suggestions on the matter have called upon the inspector General of police along with the director of criminal investigations to conduct an investigation in order to prove whether or not this is true.

According to the reports given by most Kenyans, they claimed that it was so unfortunate that the government is yet to do something about the increasing number of rogue politicians in the country despite the fact that the country is heading to the general elections in a few weeks.

This is happening at the same time when the government through the interior Cabinet secretary, Dr Fred Matiangi has revealed that the government is ready to deal with any type of violence that may occur in the oncoming General elections and for this reason, kenyans have been urged to make make sure they stay vigilant. 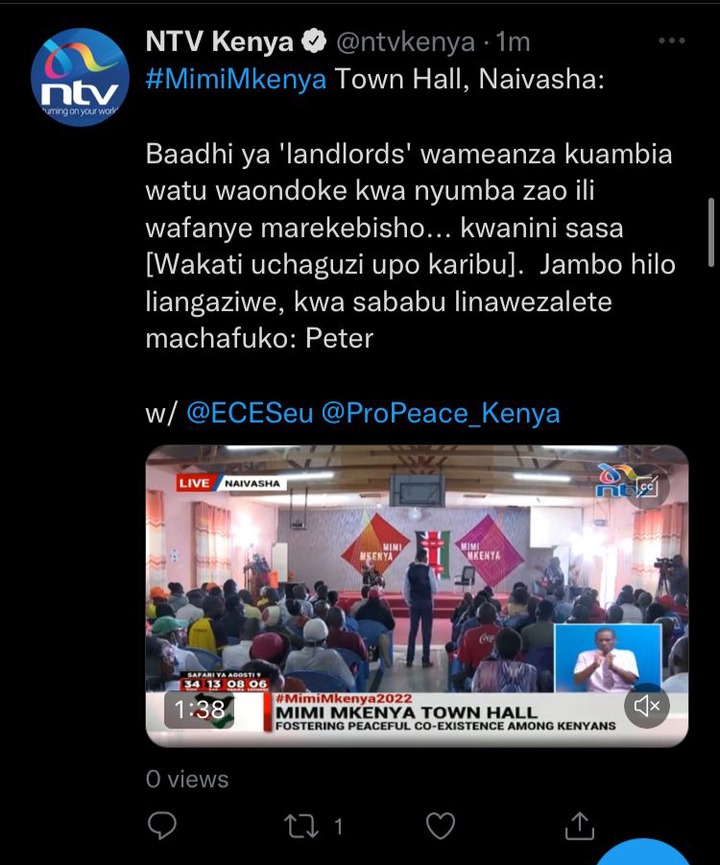 What Ruto Discussed With the United States Delegation

President-Elect William Ruto Meets US Delegation In Karen, Reveals What They Have Agreed On

Cleophas Malala dismisses Ruto's hand in Kakamega polls postponement:" He is not a Kakamega voter"

"Odinga Has Been Trying" Julius Malema's Message To Raila On The Election Results.