The father to the slain self-confessed serial killer has sent a humble apology to the families whose children fell victims of his son, Masten Wanjala. Mr Robert Wanjala Watila said that his son must have been introduced to the cult of killing children at a very young age.

He was forced to eat a humble pie after the death of his son who has been hitting headlines since his first arrest in July this year.

Masten Wanjala, who confessed to killing several children on Thursday, described how he escaped from a police cell before being killed in Bungoma.

Wanjala told the people who later killed him that he had pretended to be one of the minor suspects and bribed officers who were on patrol with the money he had and was allowed to leave on Tuesday night. 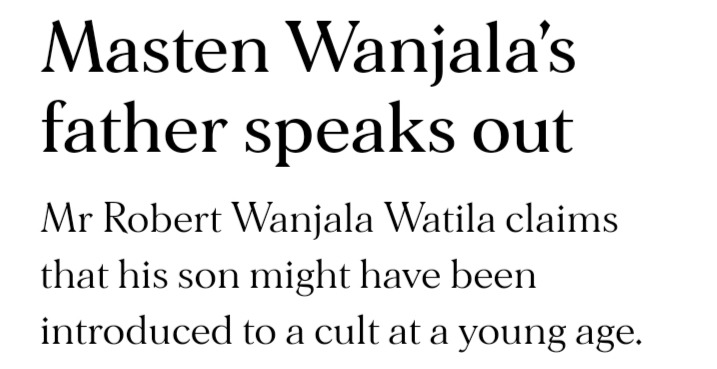 Police who spoke to the crowd said Wanjala then hopped onto a truck going to Bungoma where he joined the villagers. "However he did not know they did not want him there," police said.

Wanjala, who had been in a cell for almost a month, escaped after police arrested dozens of suspects for violating Covid-19 infection control regulations and confusing them with those in custody.

It lasted until Wednesday morning when officers who were on patrol discovered that a suspect in the murder of more than 10 people Masten Wanjala had escaped. 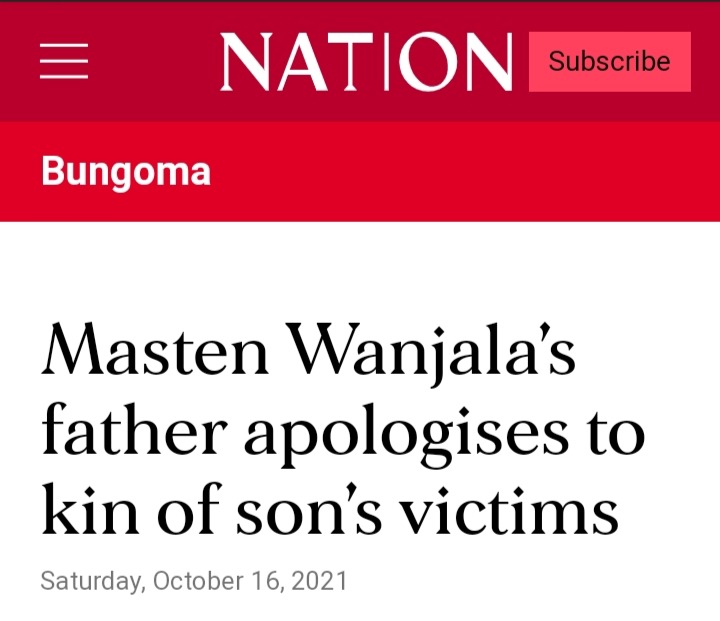 Here are the Man United's November player of the month nominees, who will win?

Soccer:Winner of the Ballon D'or in 2021