Two elderly women were knocked down by overspeeding motorbike during scramble for bhang by locals in Isiolo town.

The duo were taking shortcut across the busy road when the motorbike moving at a high speed knocked them down.

Following the accident, locals hurriedly nabbed the bodaboda operator and his pillion passenger trying to flee and then beaten mercilessly before they were saved by police officers.

As three locals were assisting the casualties by rushing them to hospital, their colleagues scrambled for bhang along the road. 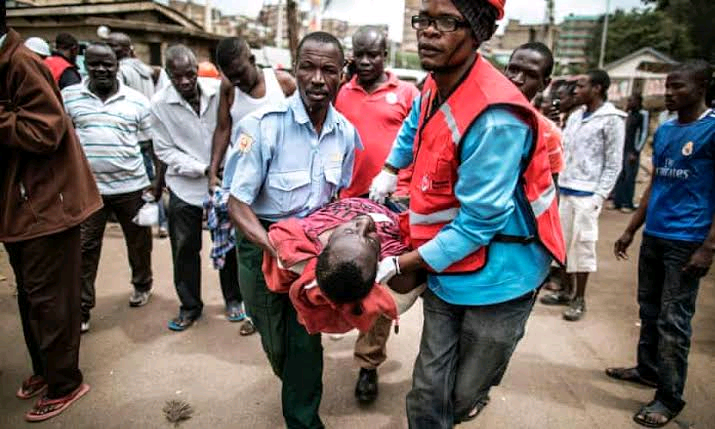 “Our police officers caught the two men already nabbed by enraged members of the public and were moved to Isiolo Police Station. They will be placed in court and charged after police complete their probes,” Mr Kariuki said, noting that the policemen seized a-quarter-kilogramme of bhang from the scene.

He urged the members of the public to volunteer any suspicious information to help police nab more drug traffickers. 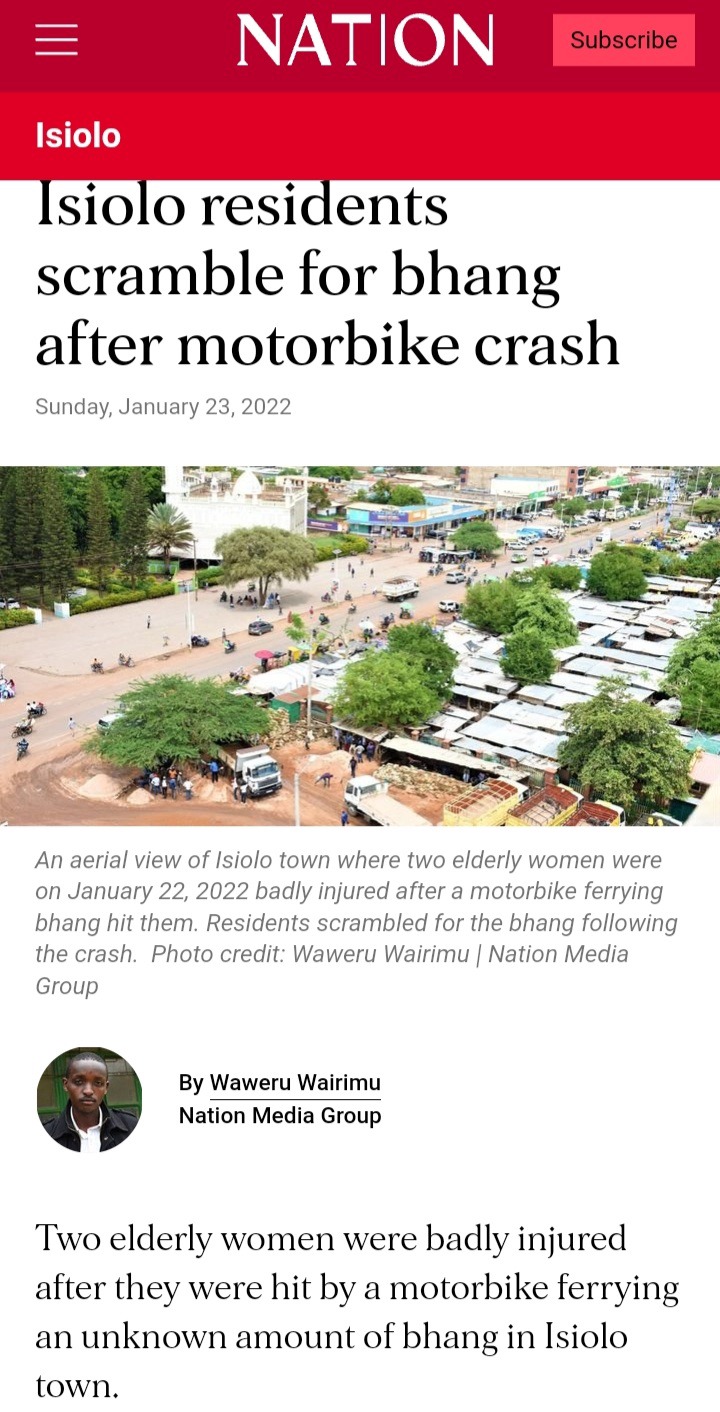 Breaking News: Several Passengers Confirmed Dead, Others Injured After Being Involved in an Accident