According to the reports given by police officers who are currently investigating the untimely death of an IEBC returning officer who was found dead, it has been revealed that the deceased was Murdered elsewhere. 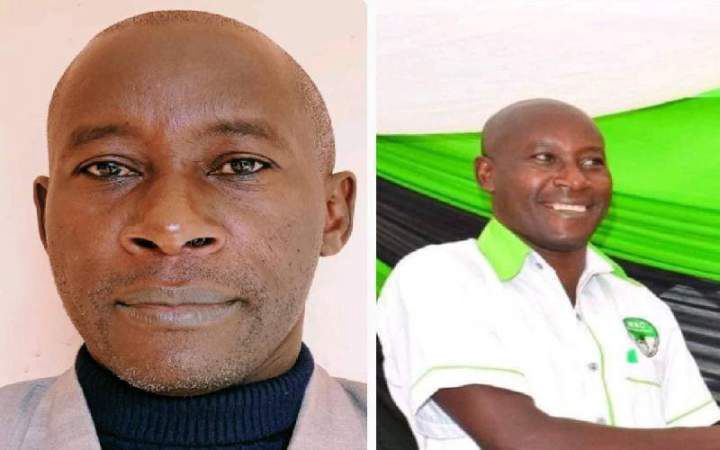 A news report that has been shared by a reliable source of information has revealed that the deceased who had several marks in his body might have been killed elsewhere by the suspects who later took him to Kajiado.

Speaking about the incident, the family of the deceased has revealed that the deceased who at the time of his death was working for the IEBC as a returning officer went missing on 11th of August. The wife of the deceased claimed that Daniel Musyoka who was later found dead didn't express any fears prior to him disappearing.

Addressing this issue, police officers who are currently investigating this incident have revealed that they are currently trying to find out who killed the deceased who was found by herders in Kajiado.

While reacting to this incident, kenyans who took to their different social media accounts to express their opinions and suggestions on the matter have called upon the inspector General of police along with the director of criminal investigations to conduct an investigation in order to find out who Killed the IEBC Official.

According to the reports given by most Kenyans, they claimed that it was so unfortunate that the government is yet to do something about the increasing cases of IEBC officers who often go missing only to be found dead. 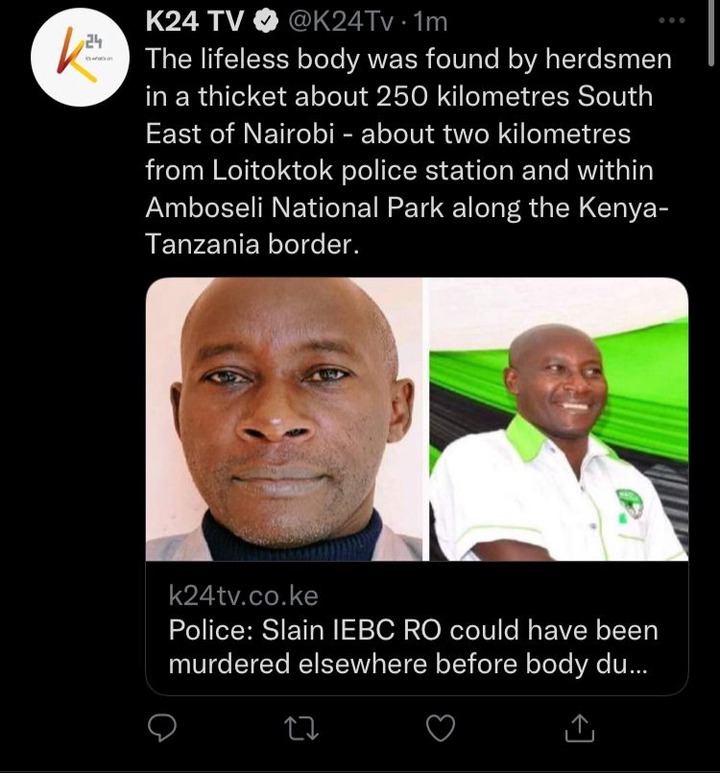 Types Of Meats That May Worsen Your Blood Cholesterol Level

Museveni's son Muhoozi castigates Uhuru for not vying for a 3rd term:" He could have won easily"

7 Things You Learn in Your Thirties

Here Are Signs She Does Not Love You Anymore