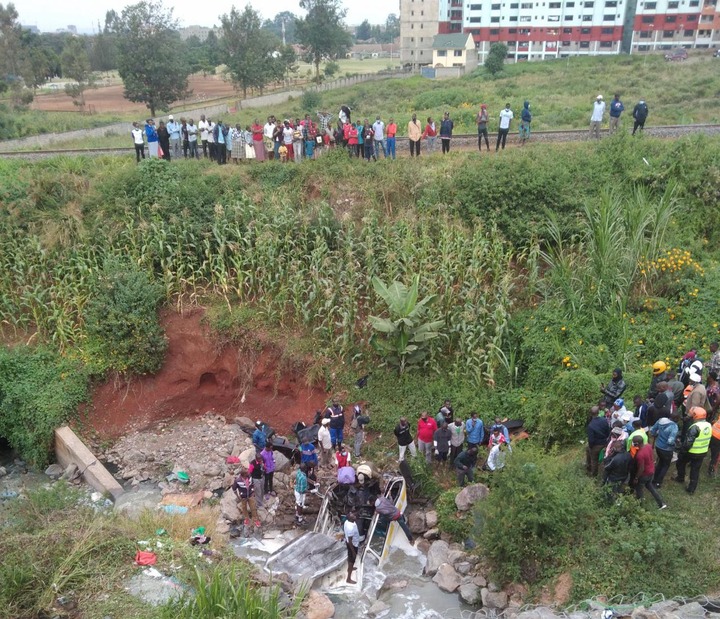 According to the reports given by one of the witnesses who has been identified as Ole Kits, he revealed that the deceased were traveling by use of a Matatu before their vehicle allegedly lost control while trying to cross the river behind Kenyatta National Hospital.

This was followed by a dramatic scene after the matatu allegedly lost control after which it rolled several times. Reports have it that the accident left an unknown number of casualties along with the driver who were reported dead.

The incident has since sparked a lot of mixed reactions from Kenyans who seemed to have different opinions and suggestions on the matter and on what should be done in order to reduce the already rising number of accidents in Kenya.

With a section of Kenyans blaming these accidents on poor infrastructure, others went ahead and called upon all Kenyan drivers to ensure they follow all the traffic rules and regulations in order to reduce the number of unnecessary deaths in the country through accidents. 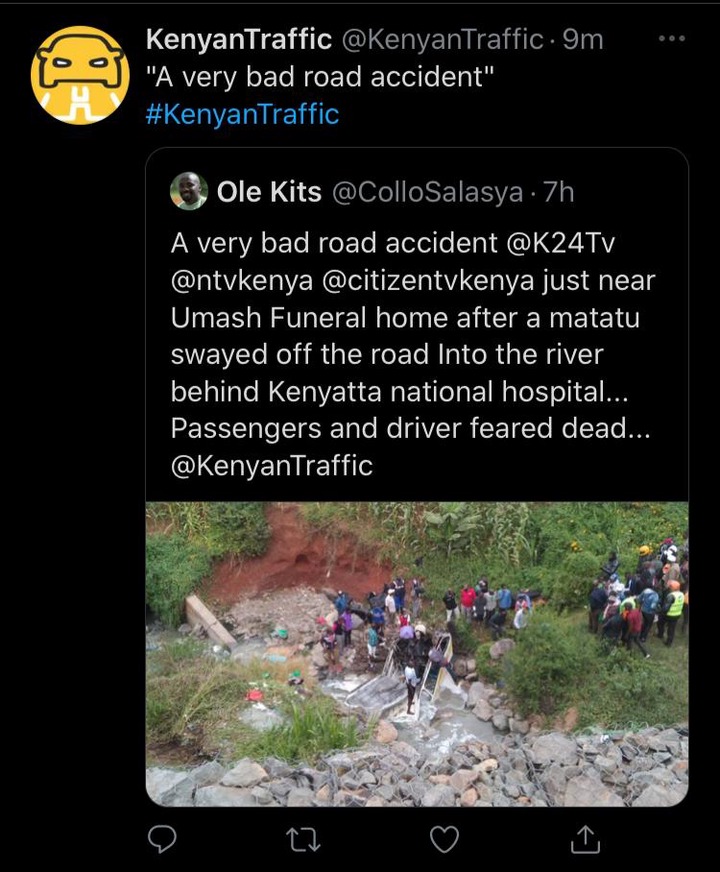