Concern As Man Entices 7-Year-Old Girl With Ksh. 20 Before Defiling Her Several Times in Iten

A middle-aged man who allegedly Raped a Minor has been Sentenced to Life Imprisonment after he was allegedly found guilty of doing this.

In a news report that has been shared by a reliable source of information, it has been revealed that the suspect who has been identified as Stephen Kiptoo allegedly lied or rather enticed the minor with Ksh. 20 before he took advantage of her.

Addressing this issue, police officers who arrested the suspect have revealed that the victim was Rescued by one of the neighbors who allegedly alerted the police.

According to the police, they revealed that the suspect was arrested and taken to the police station for more investigation and questioning over the same incident after which he was taken to court where he was charged.

A neighbor who spoke to the media has revealed that she allegedly alerted the police after finding out what had happened to the victim who she claimed was found writhing in pain After the incident.

While reacting to this incident, kenyans who took to their different social media accounts to express their opinions and suggestions on the matter have congratulated the police along with the judge who did this.

According to the reports given by most Kenyans, they claimed that it was so unfortunate that the government is yet to do something about the increasing cases of rape and defilement in the country despite the fact that Alot of victims are currently Loosing their sanity. 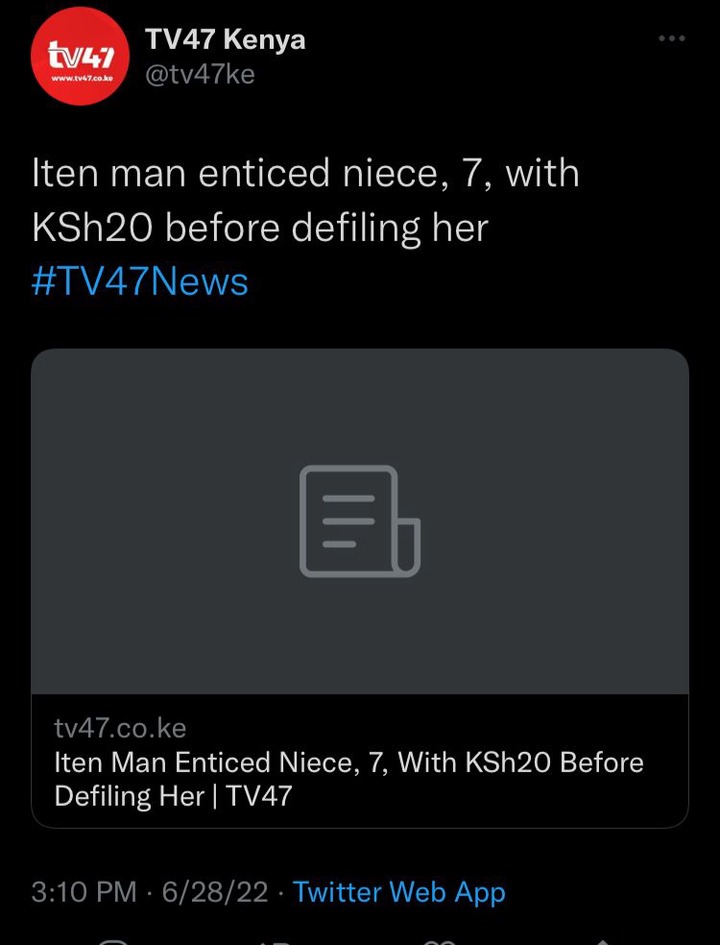