By Willis.com (self media writer) | 3 days ago 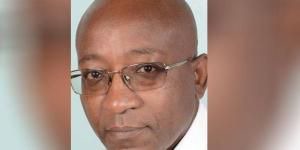 The family of the late Nation Journalist, John Gatonye, has opened up on his troubled last moments before he went missing.The family only learnt of his death after receiving a call from a Kiambu-based police station that informed them to visit the office of the Naivasha Criminal Investigations unit.

According to his nephew, George Gatonye, the entire family was not aware that the seasoned journalist was missing for close to a month.

"We went to the offices on Wednesday and we were informed that the police had collected the body of our relative a month ago at a secluded place in Kihoto area," he stated.

His nephew stated that the journalist was a secretive man and never opened up on what he was going through, making it difficult for the family to keep tabs with him.

"It came as a shocker to us. We never knew he had gone missing. He was an introvert who mostly kept almost everything to himself," the nephew added.

From the family perspective, the journalist had some financial difficulties. His nephew lend him Ksh10,000 eight months ago when they met and had a lengthy talk.

"He admitted that he was having financial difficulties at the time and I duly sent the money to him," the nephew added.

The family had not received any threats or even any lead indicating Gatonye's life was at risk.

"He had not expressed fear for his life, it was clear my uncle was strangled by unknown assailants."

Meanwhile, police have intensified investigations to establish what transpired. Preliminary reports indicate that the journalist might have been murdered elsewhere and his body dumped by the roadside.

Postmortem examination has been set for Friday, November 26, to establish the cause of his death. 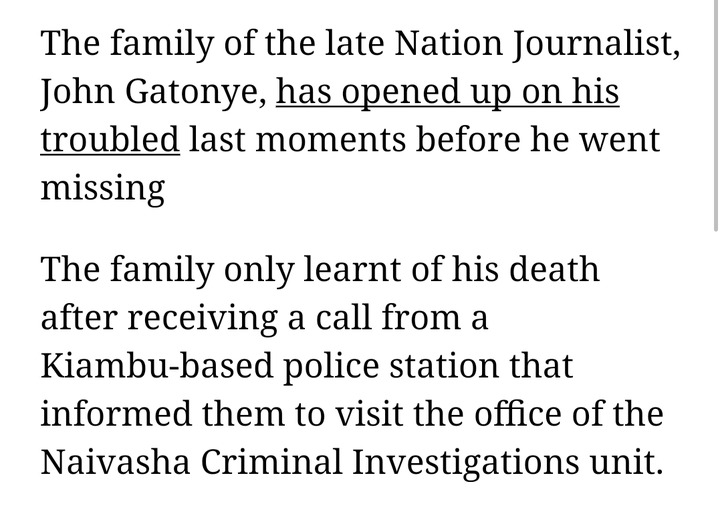 Meet The World's Richest Child With Over $ 1 Billion Networth

Interesting Things that Happened to People After Taking DNA