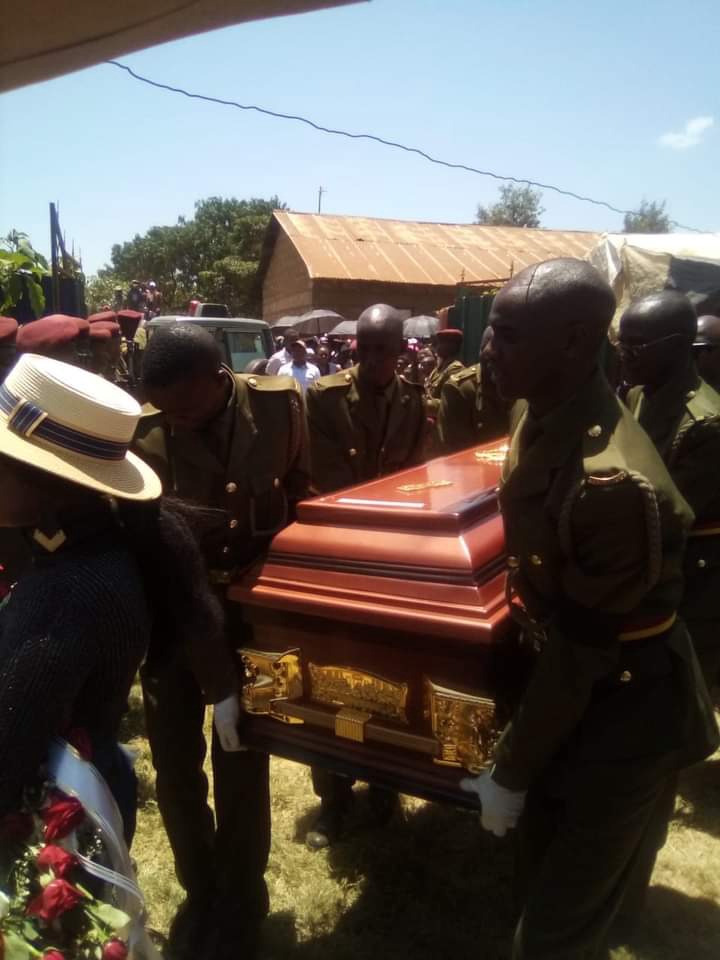 The National Police Service led the families and relatives of the three cops who were among eight policemen who were killed during a deadly attack on their patrol vehicle in Riet, Turkana County. 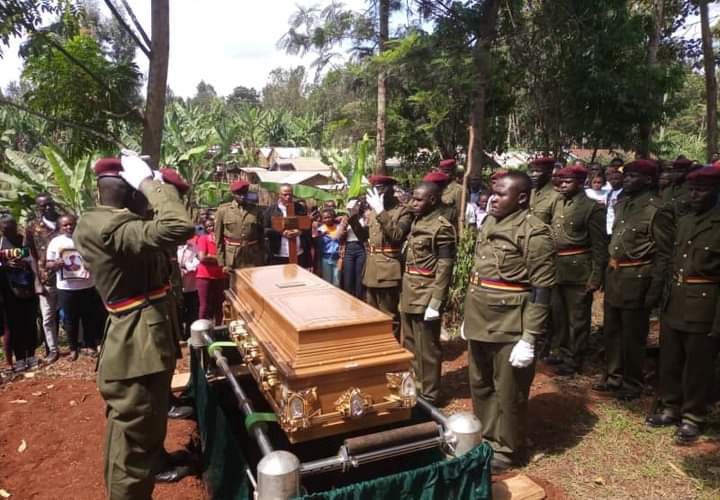 Until their death, the three officers were officers attached to the General Service Unit with respect and pride.

The NPS is indeed wishes to celebrate them for their exemplary service and regrets their untimely death which is not only a big blow to the National Police Service but to their loved ones and the country at large. 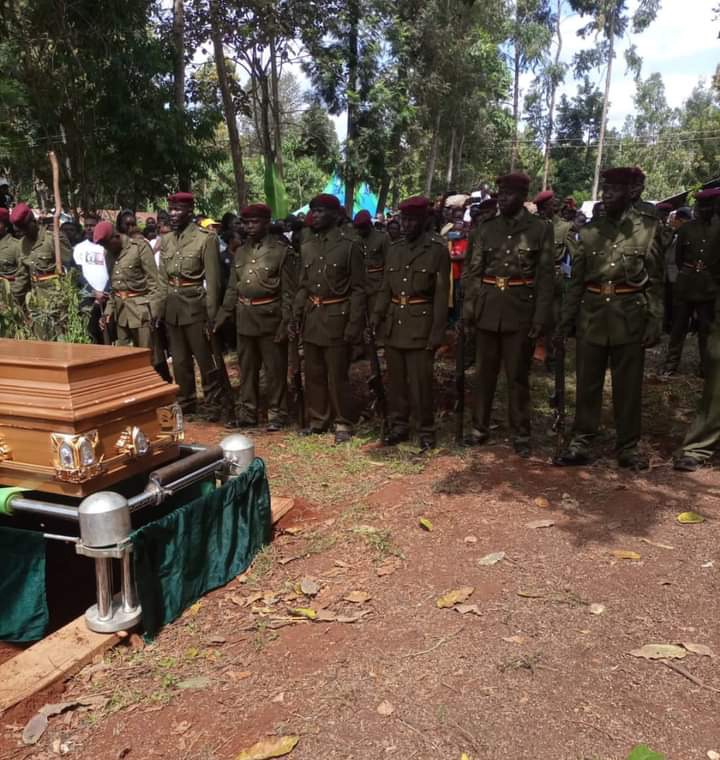 We condole with their families, friends and relatives during this difficult period.

May their eternal souls rest in eternal peace.

The eight police officers were killed in the attack alongside a Chief and a woman by suspected Pokot bandits.

The victims were ambushed as they pursued a gang of heavily armed bandits suspected to be from the neighbouring Baringo county. 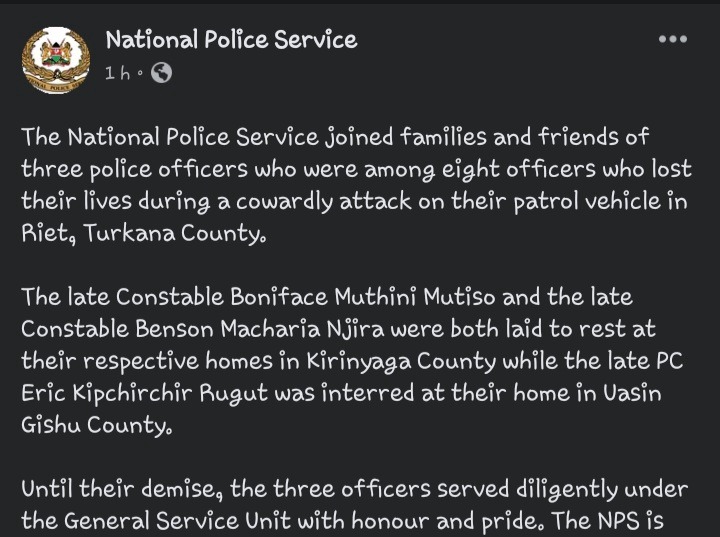