Two bandits were killed by officers on patrol after they opened fire against the officers. The Police have now identified that one of the bandits who was killed was a police officer in the heavy shootout on August 24 in Wajir County.

According to a police report, the officers were in patrol at around 10 pm when they came across heavily armed men who started shooting at the police. The officers retaliated just in time and luckily gunned down the two bandits who died on the spot. 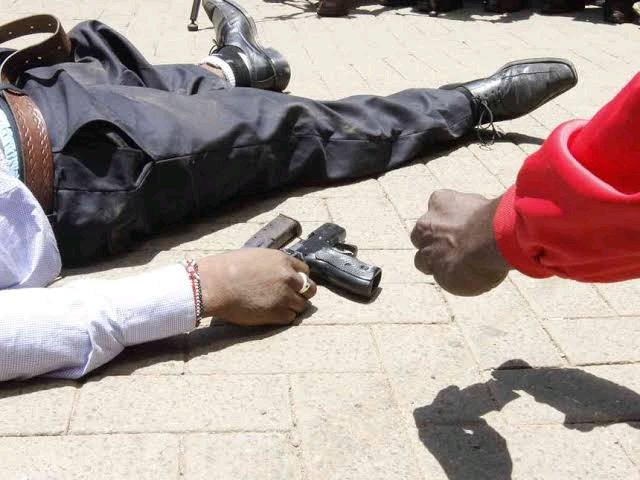 The officers say that they suspect the police officer who was shot dead is responsible for sneaking in the KDF uniform and other ammunition that were recovered after the incident. An AK47 rifle was recovered from the scene and 14 magazines with other 316 rounds of ammunition.

The deceased officer who comes from Dadaab was identified as Constable Noor Yerrow. Their bodies are in the morgue awaiting autopsies to be done on it. The police have since called kins to the deceased to come and identify them. 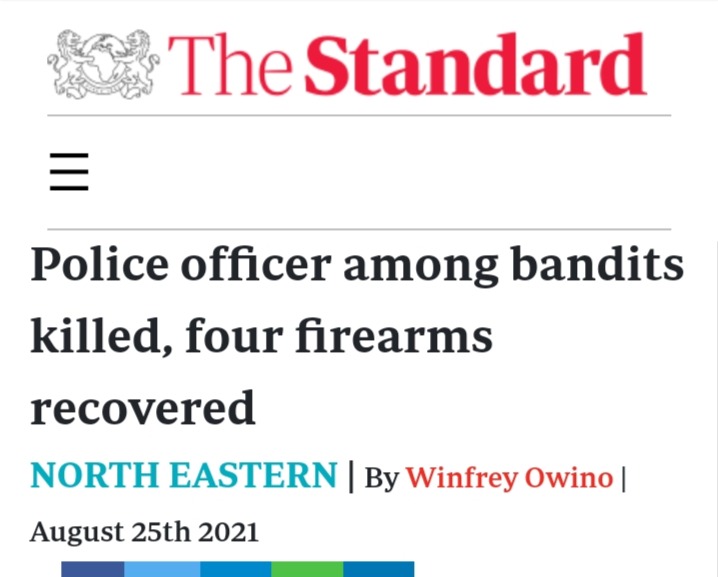