By TondoR (self media writer) | 1 month ago

The Baringo headteacher who has been missing since Monday has been found dead.The family's efforts to find him did not yield any fruits until today 17th October when he was found dead.

Until his death James Yator 47 years was the headteacher of Bosei primary school in Baringo Bosei village.It's alleged that he died after committing suicide.

His body was found hanging on a tree in a near by forest called Rot forest just some kilometres from his home six days after he went missing under unclear circumstances. 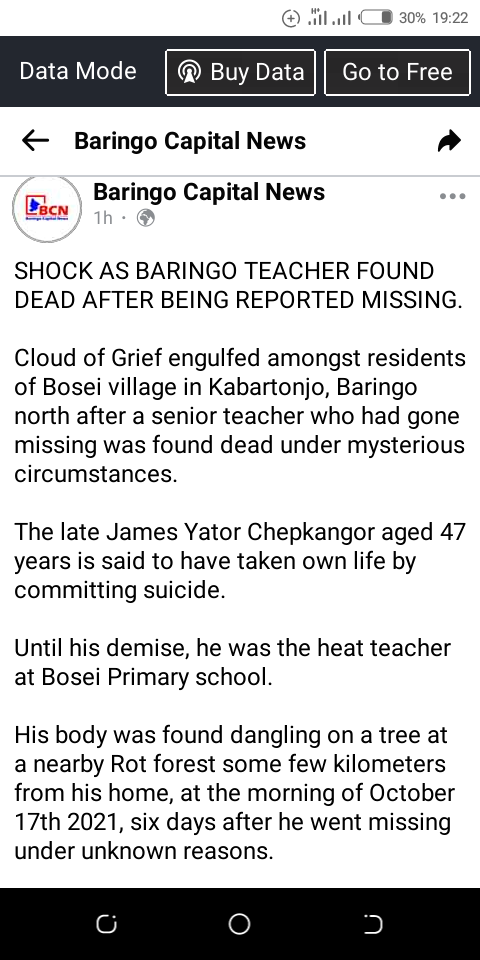 According to his relative the teacher might have committing suicide due to stress encountered from frequent family wrangles.

He left his phone,two sim cards and his national identity card at home before disappearing.The document are at Kabartongo police station.

His body has been taken to Baringo referral hospital as preparations for his burial go on.Police have started an investigation over his death and will come up with a full report soon. 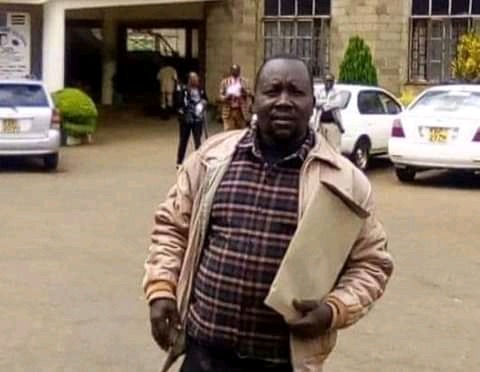