The reverberating sound of gunfire caught many residents who were going about their business by surprise, as the besieged driver of the vehicle later identified as James Njonjo Mue, tried to escape the onslaught launched by the lone officer who unleashed fire at the vehicle, deflating two of its tyres.

Earlier, hawk-eyed officers on patrol had noticed a Toyota Rav4 registration number KBS 175H, make endless orbits around the roundabout close to Kisumu Boys high school. In a bid to establish what mischief the driver was up to, the officers in a white Toyota land-cruiser caravan, intercepted the vehicle. But they were shocked when the driver defied the orders to stop and instead rammed on the police vehicle repeatedly.

What followed was the dramatic move by an officer who was at the back of the land-cruiser, who immediately disembarked from the vehicle, whipped out his firearm from its waist holster, released the safety cache and shot several rounds aimed at the vehicle’s left tires in a swift, classical move.

As seen in an action-packed clip reminiscent of the James Bond secret service series, a dark, long-legged officer with an athletic physique and who was in plain-clothes, was captured disembarking from the back of the caravan to the bonnet of the RAV-4, before he landed on the tarmac skillfully, took a step back and trained the gun at the left front tyre. The clip was recorded by a curious onlooker.

The loud sound of gunfire that followed brought business to a standstill albeit for a few minutes, as curious onlookers gathered to have a glimpse of what was happening.

In nearby Kondele, traders who had displayed their market wares by the roadside, left them unattended and rushed towards the scene, to have a first-hand account of what was about to ruin the characteristic sunny afternoon as they prepared to send their children back to school tomorrow, following the just concluded peaceful general elections.

Back at the scene, the driver of the vehicle failed to stop and accelerated on two flat tires towards Milimani, prompting the determined officer and his colleagues to give chase and successfully arrested the occupant outside Sovereign hotel.

Detectives are currently interrogating the suspect.

Meanwhile, detectives have been monitoring the peaceful period before, during and after the general elections and we are urged to uphold the same, as we move forward. 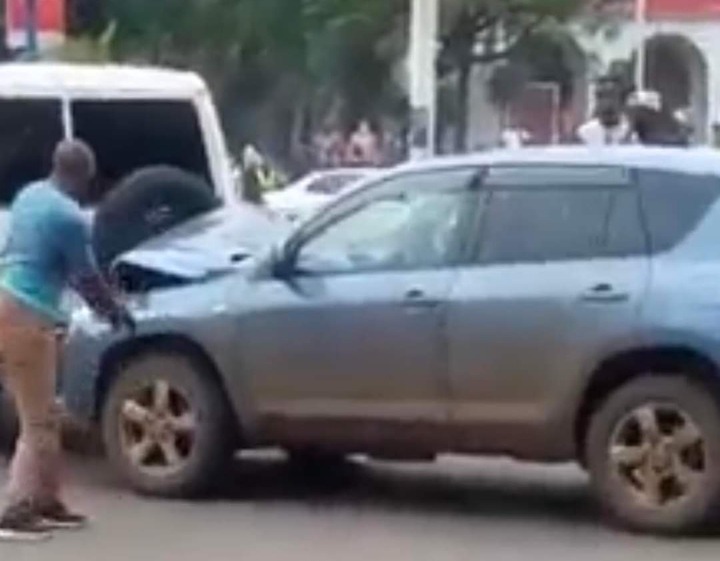 However, we remain on high alert across the country since going by our crime statistics over the years, criminal gangs regroup after elections have been conducted.

Thee Pluto Opens Up on Being Involved in 'Wash Wash' Activities.

Gorgeous African Hairstyle That Will Make You Rock In Beauty

5 Signs that Someone Is in Love With You