By Jayyouko (self media writer) | 7 months ago 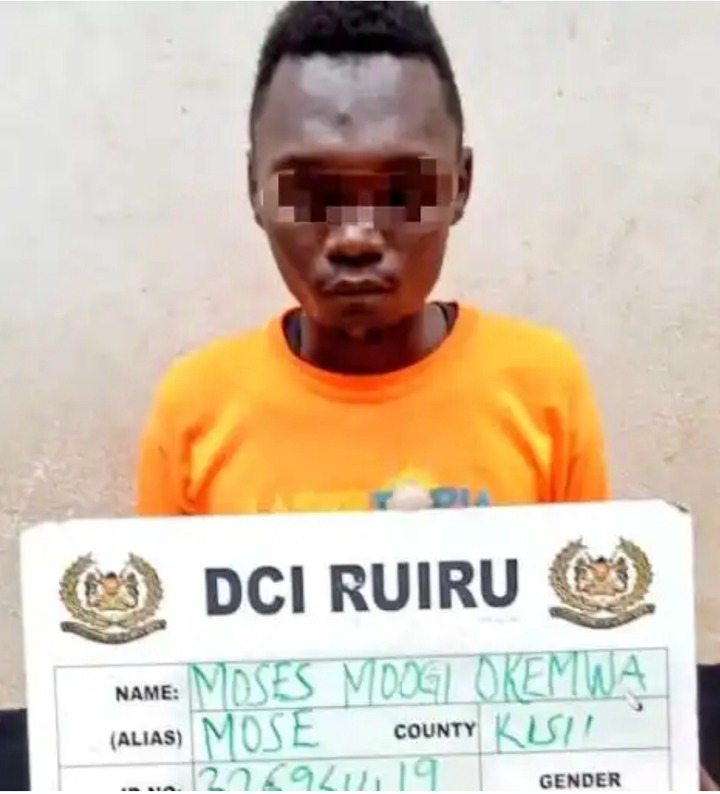 According to DCI, Morara had joined a cult back in 2013, which promised to pay him for every kill on a woman. To prove the killings, he was expected to show the woman's pants.

According to another confession he made and was seen by Nation, he fell deeper into it, after being introduced to another Church that subscribed to the killings by a friend.

It is reported that the church used to bankroll him with Ksh30,000 for every killing. He gladly accepted the offer and started the assignment. 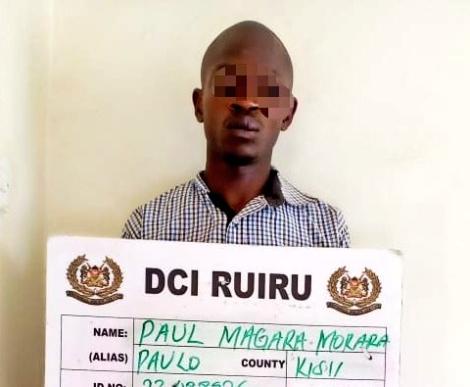 “I was introduced to the church last year by a friend, where every killing attracted an instant pay of Ksh30,000. I was told women were the easiest to kill,’’ Morara stated in the confession.

He, however, did not disclose the identity of the said Church but detectives have launched investigations to establish the truth in what he stated. This confession is similar to what DCI had earlier indicated on their social media page after apprehending him on Thursday, October 14, but described it as a cult.

"Further investigations have so far revealed that Magara joined a cult back in 2013, which promised to be paying him for every kill on a woman. Strangely, showing a woman's pants would confirm that he indeed deserved a pay. He had however, been double-crossed after a Ksh30,000 down-payment but continued with the monstrous attacks," DCI wrote.

"A Nairobi church contracting the killer for pay is part of investigations,’’ stated Ombati.

The DCIO described Morara as a possessed individual who did not portray any signs of remorse.

“Out of the three people he has confessed that he killed, two were neighbours. We arrested him in the company of three other people who have direct links to the killings,’’ Ombati noted.

He added,“When the first incident was reported and subsequent murders that were similar, we set out to investigate and profile the suspect. We are glad that we have made a breakthrough."

According to the confession, he made his first killing in January this year and embarked on other missions. Since that killing, two other women were killed in a period of four months, before he landed into the hands of the law enforcement officers.

“After the first killing, I got the urge to kill more. I became inhuman, where I spent most of the time planning how to kill,’’ he stated.

The 29-year-old had remained on the detectives' list of wanted persons since 2020, but he had masked his name by acquiring a new street name, Mkisii.

He was arrested together with his gang after breaking into a house at Magorofani located in Kiambu county, hoping to eliminate two sisters aged 18 and 19.

They stabbed one of them and made away with their phones. The detectives used the phones to hunt them down.

On Friday, October 15, Morara took the detectives to the Watalaam area in Ruiru where he killed some of his victims. The irate residents upon seeing him, started baying for his blood forcing the police to hurl teargas to disperse them.

The residents noted that the area has been acting as a hiding place for most killers. They want the government to intensify patrols and heighten security in the area.

A Ruiru court granted the detectives 14 more days to carry out the investigations to unveil the whole killing menace and reveal the identity of the Church.