Pain After A Woman is Murdered & Dumped In Her Parent's Home

By Shahhhh (self media writer) | 24 days ago

Police officers from Bomet have launched an investigations following an incident that happened in one of the villages after the lifeless body of a woman is reported to have been found dead in front of her mother's house. 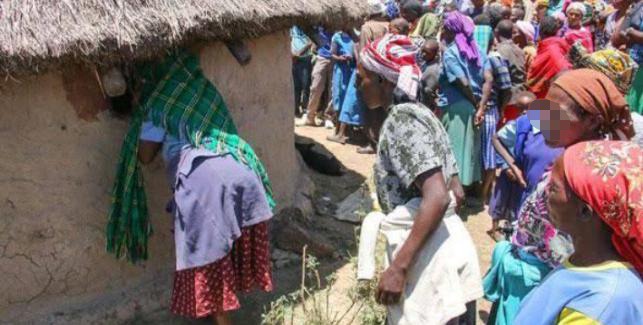 According to the reports given by the Nation Media Newspaper, it has been revealed that the body of the 28 year old woman was allegedly found in the morning by her mother who immediately alerted her husband along with other locals.

Giving their statements, the family of the deceased claimed that she might have been murdered by her husband due to the fact that they had been arguing for a while prior to the incident.

While reacting to this incident, police officers who responded to the incident have revealed that they found the husband of the deceased in his house unconscious after he allegedly tried to kill himself for unknown reasons after which he was rushed to the hospital.

This is happening at the same time when the government has revealed that the rate of suicide and murder all of which are related to relationships have increased in the past few months or rather, ever since the first case of Covid-19 was reported in the country.

Due to this reason, a number of organizations have called upon kenyans urging them to consider visiting relationship and marriage counselors in order to know what to do in different situations that may affect their marriage.