Two thugs have been Hospitalized following an incident that happened today in the morning after they allegedly attempted to Rob two police officers who were driving an Unmarked vehicle. 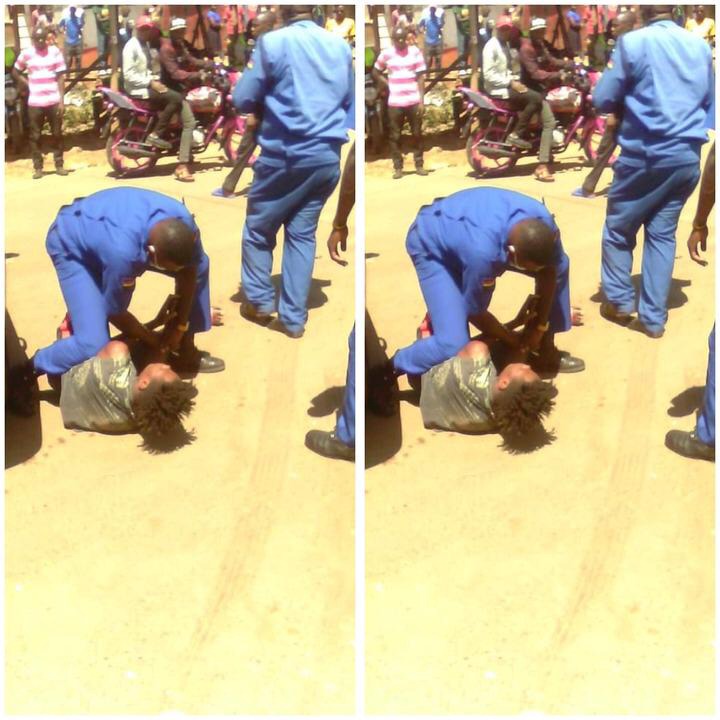 According to the reports given by a reliable source of information, it has been revealed that the suspects whose names are yet to be disclosed allegedly snatched the phone of a Police officer who is reported to have been heading home.

Unluckily for them, the officers, both of them females jumped out of their vehicle after which they allegedly started chasing at the suspects who were fleeing from the crime scene. In attempts to make them stop, the two were ordered to stop but failed forcing the police to open fire.

This was followed by a dramatic scene after the police were again forced to rescue the suspects from an angry Mob who wanted to lynch them after which they rushed them to the hospital.

While reacting to this incident, kenyans who took to their different social media accounts to express their opinions and suggestions on the matter have called upon the inspector General of police, Hillary Mutyambai to conduct an investigation in order to find out what happened or rather what is causing the increase in crime all over the country.

According to the reports given by most Kenyans, they claimed that it was so unfortunate that the government is yet to do something about the increasing rate of crime in the country despite the fact that Alot of people have lost their lives in crime related incidents. 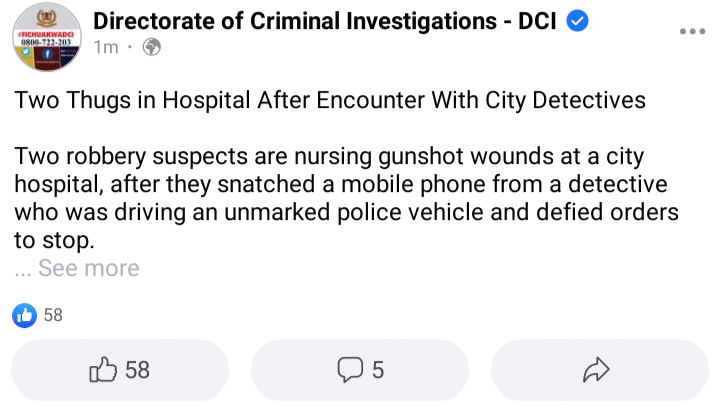 Why Flour Prices is set to INCREASE

Customers Scramble at Carrefour Supermarket to buy Cooking Oil at Half the normal price.

Market Value Evolution Of Kylian Mbappe Since 2015 to 2022