By KimaniOsoro (self media writer) | 6 days ago

Thee National Police Service through their social media handle has this evening released details of the passing of one of its former highest ranking officers. 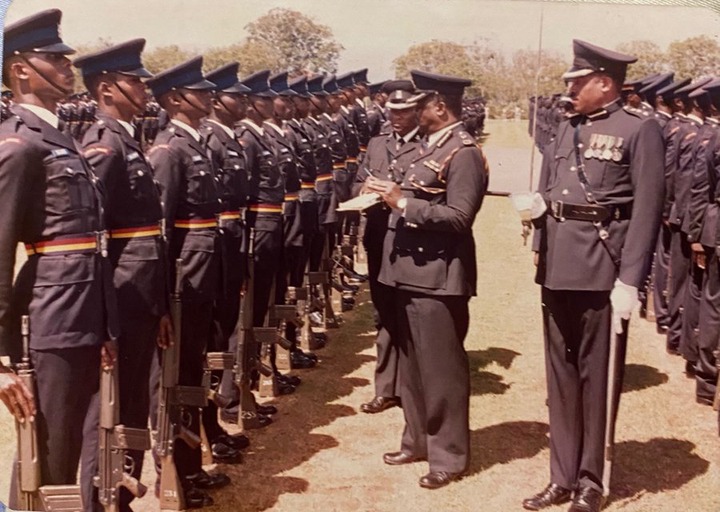 The Former Commissioner of Police who served in the National Police Service in the 90s is no more.

According to the report on social media, Mr. Joseph Mudambi Kola was first a commandant of the National Police College before he was promoted to a higher rank. 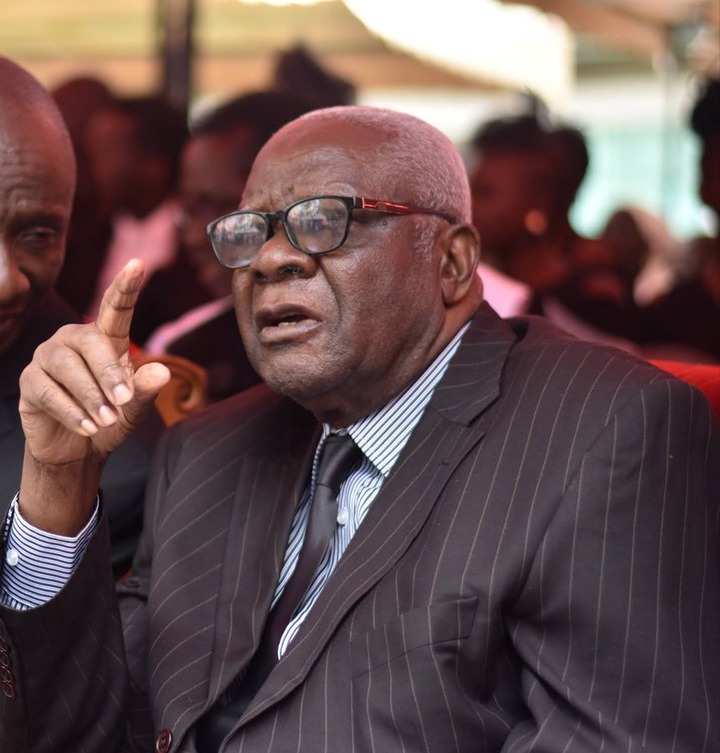 He then served in the Rift Valley Province as Provincial Police Officer, PPO, in the early 90s until his retirement from the police service.

Mr. Kola is said to have been a direct influence in the lives of the current and former senior police officers in the service.

This is because he trained them at the National Police College when he was the head of the institution back in the 90s.

Mr. Joseph Mudambi Kola has been mourned by fellow officers as a true statesman who helped shape the National Police Service into what it is today

Our condolences go out to his family as well as the entire National Police Service at large. 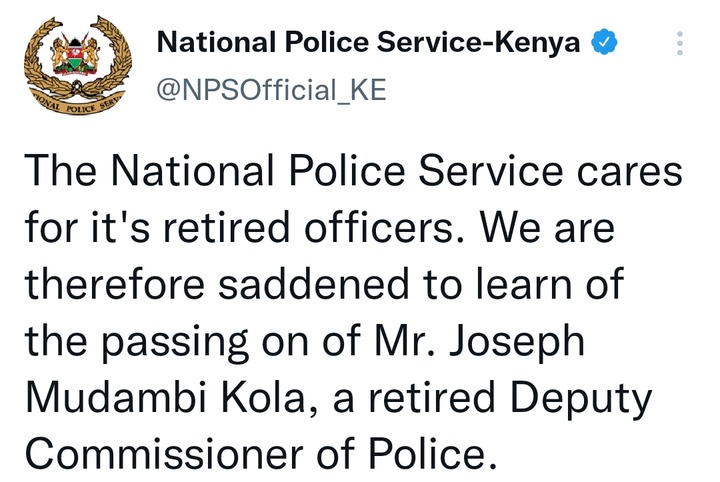