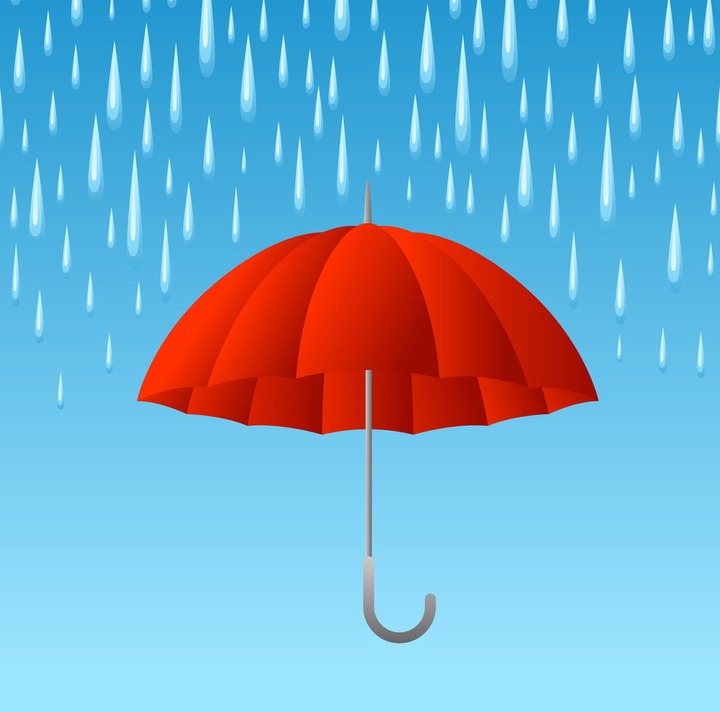 The Kenya Meteorological Department has been mandated to provide accessible, timely early warning climatological and meteorological information for conservation of the natural environment, protection of properties and life saving. It has always managed this through the prior issuance of advisories and alerts. The updates has always been successful through the infusion of knowledge to the people and the organisations by the development of efficient telecommunication systems that allows rapid collection and spread of the meteorological information in accordance with the WMO.

The KMD working under the docket of the ministry of Environment and Forestry has issued the following information to their facebook page valid from 21st to 27th September. 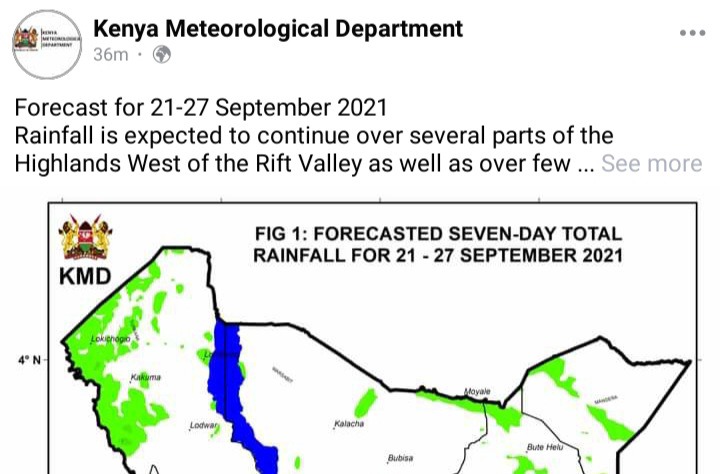 Strong south-easterly winds with speeds exceeding 25 knots (12.9 m/s) are expected over some parts of Northwestern and North-eastern Kenya 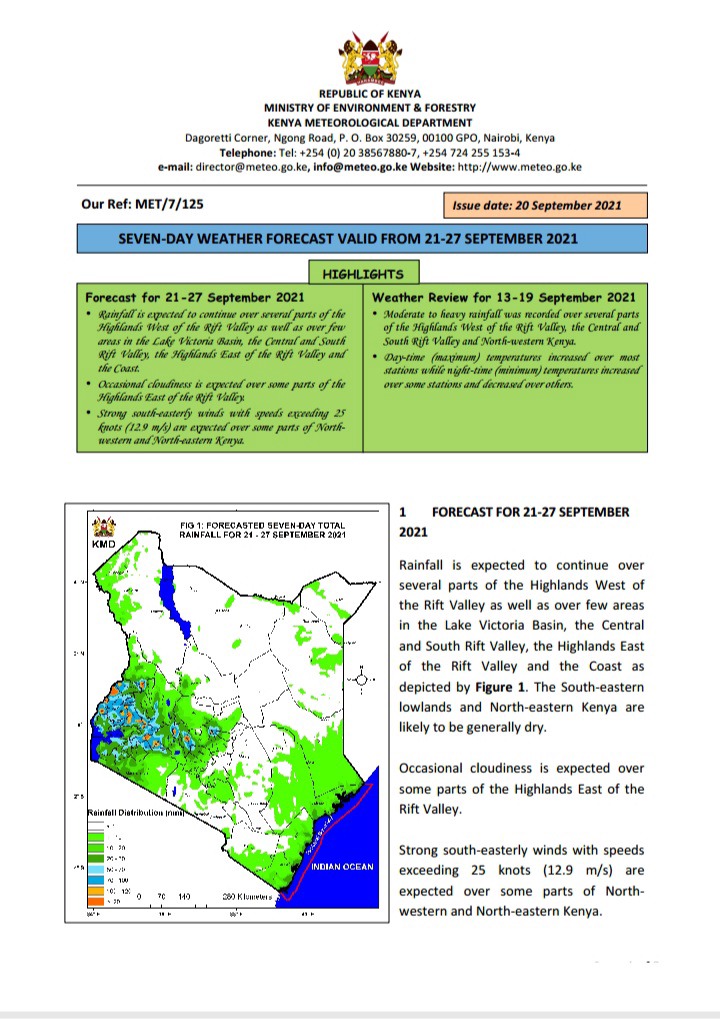 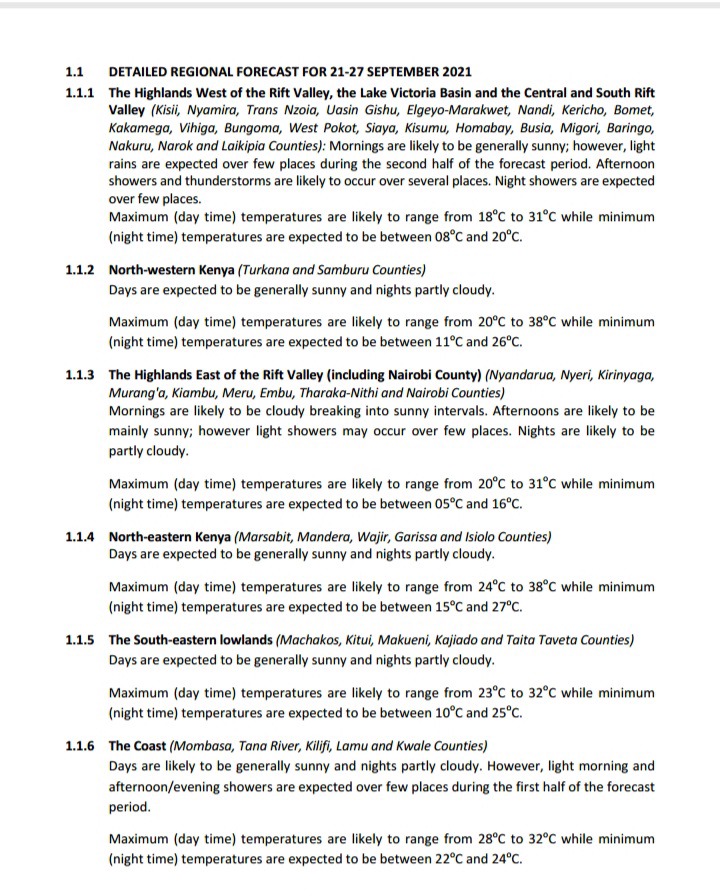 The Counties within the Northeast Regions. Days are expected to be generally sunny and nights partly cloudy.

The Counties within the South Eastern Lowlands Region. Days in these areas are also expected to be sunny and nights partly cloudy.

The Counties within the Northwest Region. Days are likely to remain sunny with partly cloudy conditions at night.

The Coastal Region. Days are expected to be sunny and nights partly cloudy. However, light morning and afternoon/evening showers are expected over few places during the first half of the forecast period. 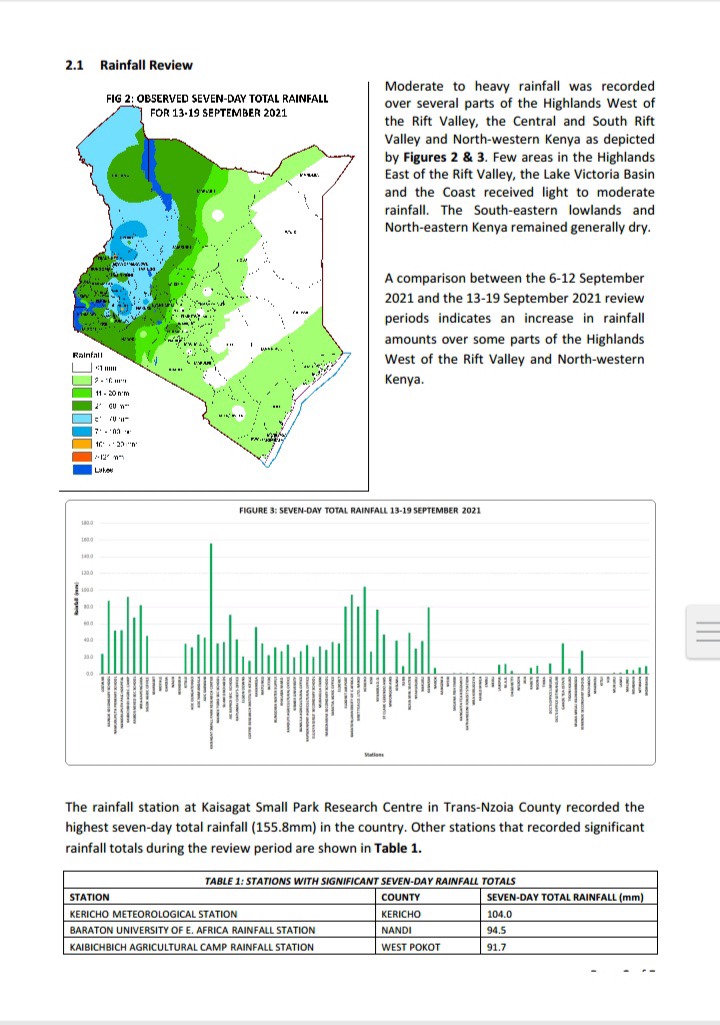 Tanasha Donna Lands into a Lucrative deal with Samsung.