The employer of Esther Wambui who is reported to have been found dead and dumped near a GSU Camp has finally opened up about her untimely death claiming that the deceased had just started working for him. 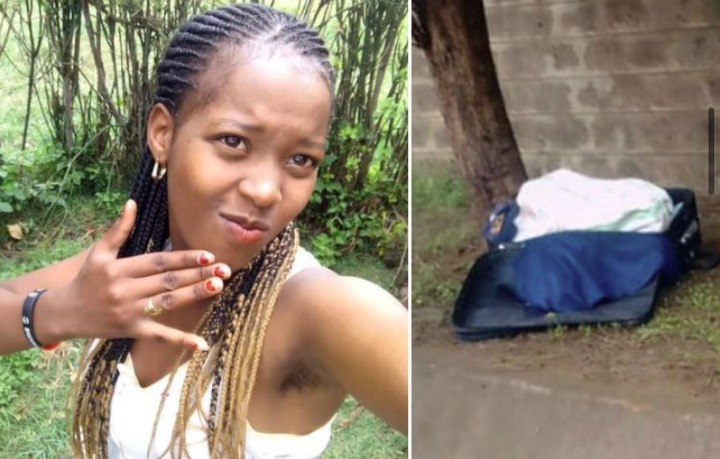 According to According to the reports given by a reliable source of information, it has been revealed that the deceased who was in search of a job got one without presenting her ID. In his own words, the man who employed him claimed that the deceased told him that she had lost her ID and for this reason, he allowed her to work with him.

At the same, one of her neighbors has revealed that she was one of the kindest and Calm person. For her, she said that this was how she came to know the deceased.

In an incident that has sparked a lot of mixed reactions from a number of kenyans, it has been revealed that the deceased was found in a Suitcase by one of the villagers or rather residents who alerted the police. According to the reports given by these residents, they claimed that they got suspicious after the suitcase remained unclaimed for a while.

While reacting to this incident, kenyans who took to their different social media accounts to express their opinions and suggestions on the matter have called upon the inspector General of police, Hillary Mutyambai to conduct an investigation in order to find out who killed the deceased and for what reason. 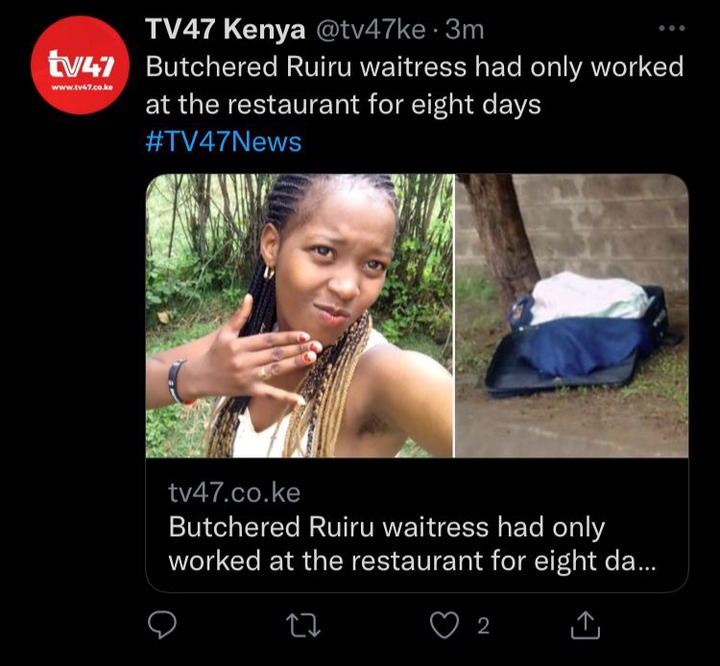 Three Things a 27-Year- Old Likoni Mitumba Trader Did to Make KES 60, 000 Monthly Without Much Risk

10 Inspirational Bible Verses from the Book of Proverbs, Psalms & Ecclesiastes.