Gang Raids A Plot, One Person Slashed To Death While 5 Tenants Injured

A Gang raided a plot and killed one person by slashing him. Other five tenants got injured during the attack. 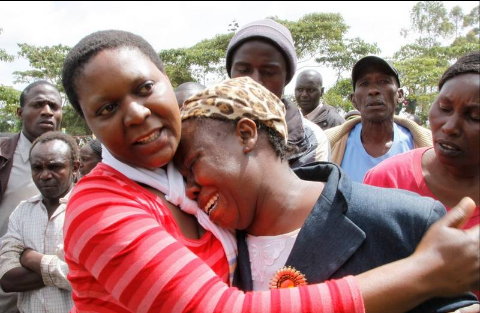 Going by the reports, the gang raided the plot at around 0200hrs. One woman was also sexually assaulted during the attack. The one who was slashed to death is a son of a local trader. Among the five, three are women while two are men.

The gang was armed with machetes during the crime. They were roughly ten members. According to the residents, they were aiming at the plot's owner Stephen Kariuki, 40. Mr Kariuki also sustained injuries during the attack.

The tenant were attacked by the gang after Mr Kariuki cried out for help. The scene is at Mai Mahiu town in Nakuru county. The injured victims have been admitted to Nakuru county hospital while the deceased has been moved to Nakuru Morgue, awaiting autopsy.

Otherwise share with us your thoughts in the comment section. I will also get back to you with more crime and society news. 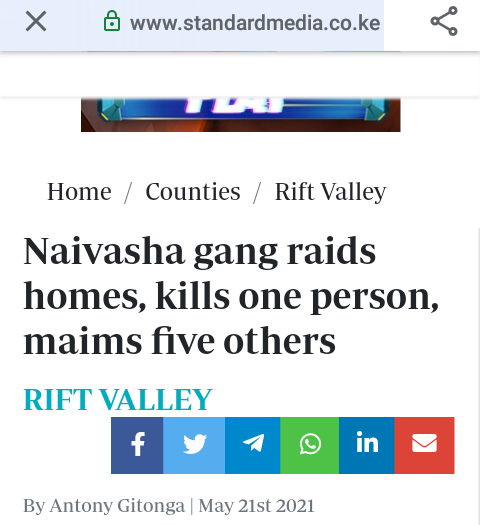 7 African Countries That Had Women As Warriors: Warrior Queens Of Africa.

Uhuru, Raila Fights Against DP Ruto Could Earn Him Sympathy Support In 2022

"Hii Ndio Ujanja", Sonko Exposes The Trick Being Used By Con Women, Warns Nairobians Not To Do This