By GhostNews.Com (self meida writer) | 16 days 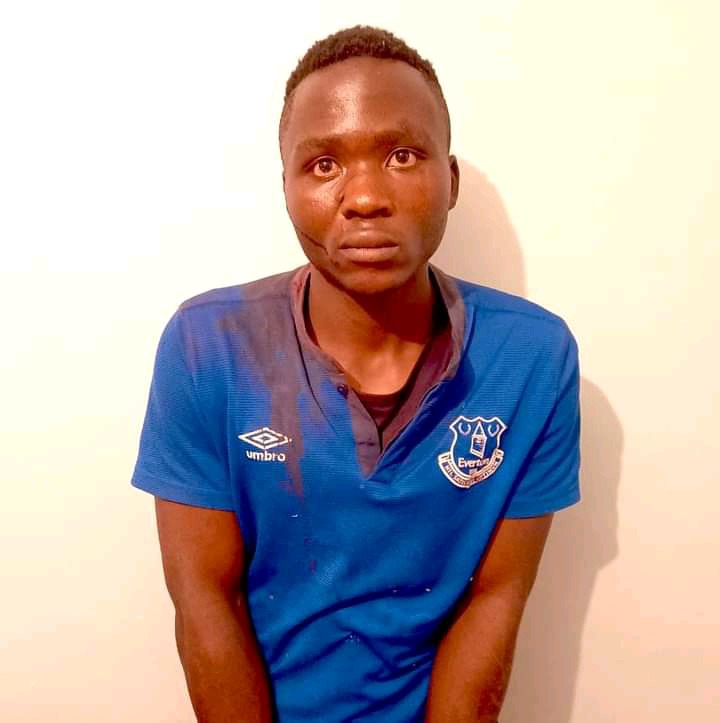 In the recent days, parents in Nairobi residential areas have been living in fear for their children as random kidnapping, and brutal murders after being unable to raise ransom have been on the rise.

Over a week ago, two young children from Buruburu Estate went missing only to find their murdered and decomposing bodies in a thicket around Westlands.

A 20 years old suspect by the name Masten Milimu Wanjala who resides in Kitengela was arrested in connection with the murders as he also revealed more shocking details. 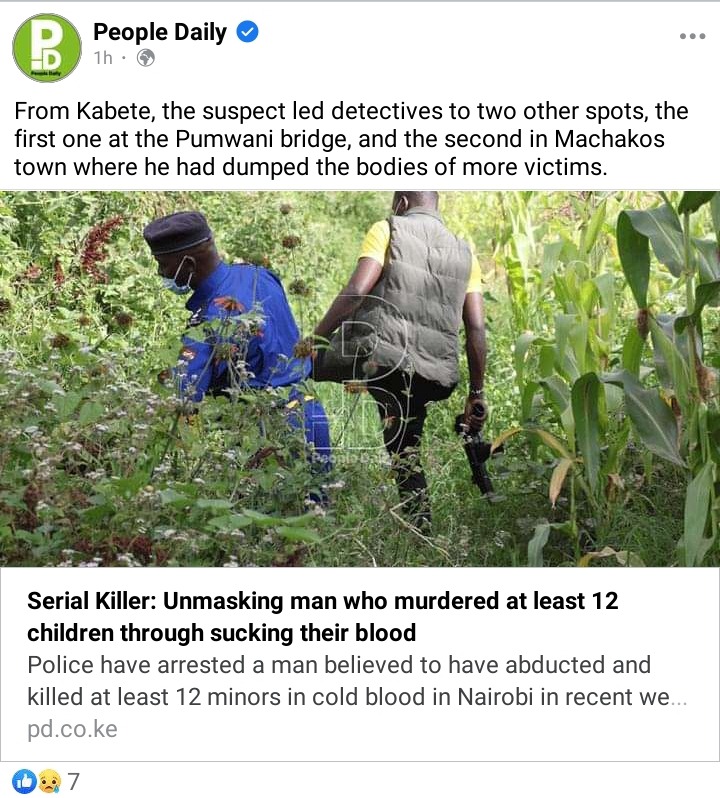 According to People's Daily news reports, the 20 years old serial killer revealed that he has murdered over 10 children as he led detectives to three more locations where he had buried them.

He went ahead to reveal that he does not commit the heinous acts on his own will as it begun from back at his home. 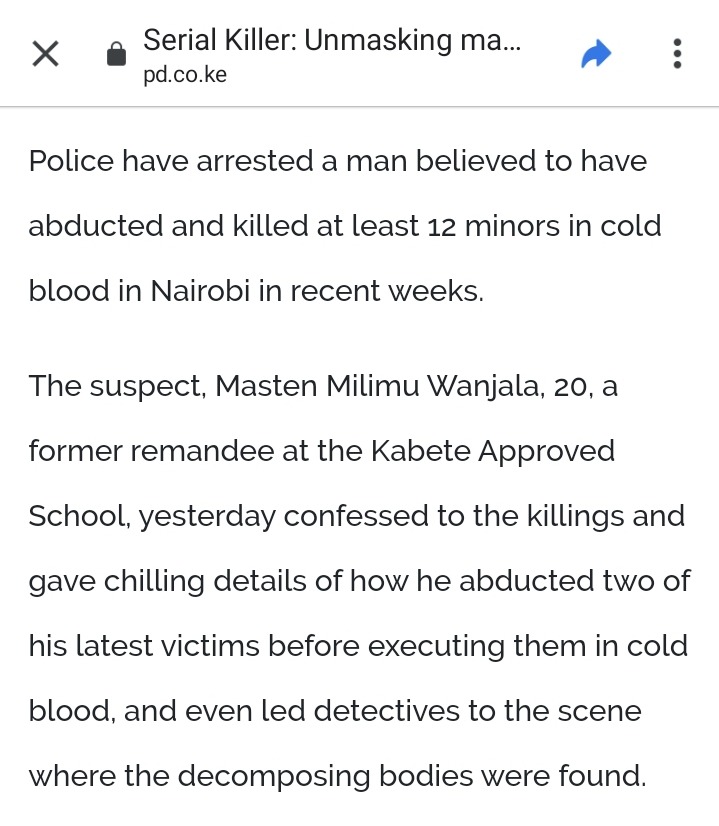 "Niliuwa mtoto wa kwanza huko kwetu nyumbani halafu wakanipea dawa, hiyo ndio inanifanya niuwe (I killed the first child back in the village and then I was forced to take some concoction, that is what drives me to commit the murders)." The 20 years old serial killer revealed.

Wanjala is claimed to have been in remand at the Kabete Approved school where he was in for a number of charges with his latest confession leaving Kenyans shocked.

This issue has got parents worried and must be keen with their children plus where they play from as they are at risk of being the victims of other serial killers who have not yet been arrested.