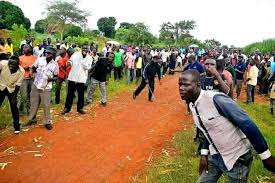 Chaotic scenes as 60-year-old man whisked away for placing eggs in a coffin during a burial ceremony in Mumias East, Kakamega County.

The suspect, 60, left many mourners in shock after he placed eggs in a coffin during the funeral service a renowned business woman in the area. 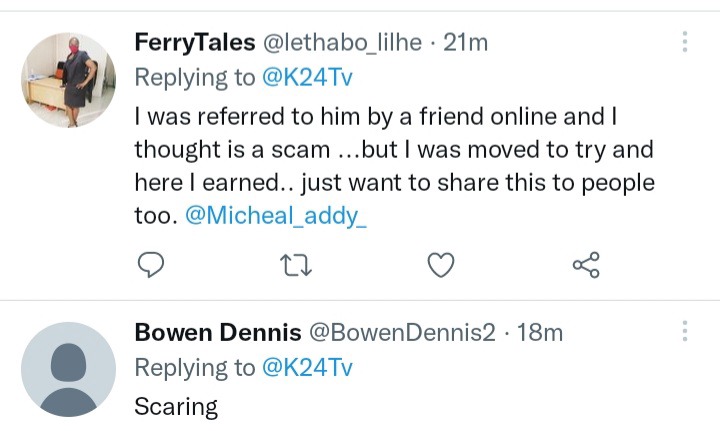 According to witnesses accounts, the burial service of the departed Jane Mguu also known to the locals as Raila was underway when Benson Wetende an in-law to the woman from the near Shibuli village, slowly going to the coffin and putting two eggs next the deceased’s ears. 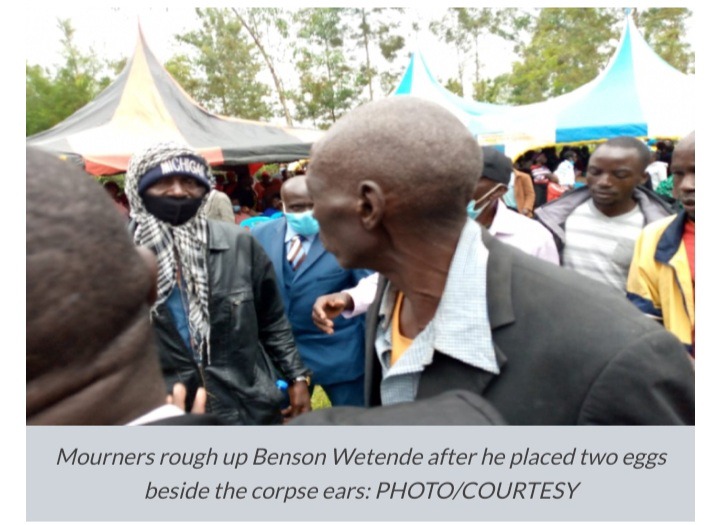 “Everyone thought he was paying his last respect because the departed lady was a renowned business woman in the area, but everyone was surprised to watch him put two eggs inside the coffin,” Stella Musimbi who confirmed the incident said.

The worried mourners and friends surrounded him and asked him to state the reason why he placed the two eggs, with some saying he is a witch. 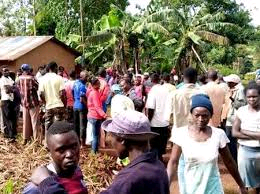 “We requested to tell us what he meant by placing the two eggs inside the coffin, but he was unable to do saw,” Musimbi said.

Bishop from Faith Believers church Simon Malenya suspended his service and rescued the 60-year-old man from charged crowd after he was defeated to state the motive behind his actions. 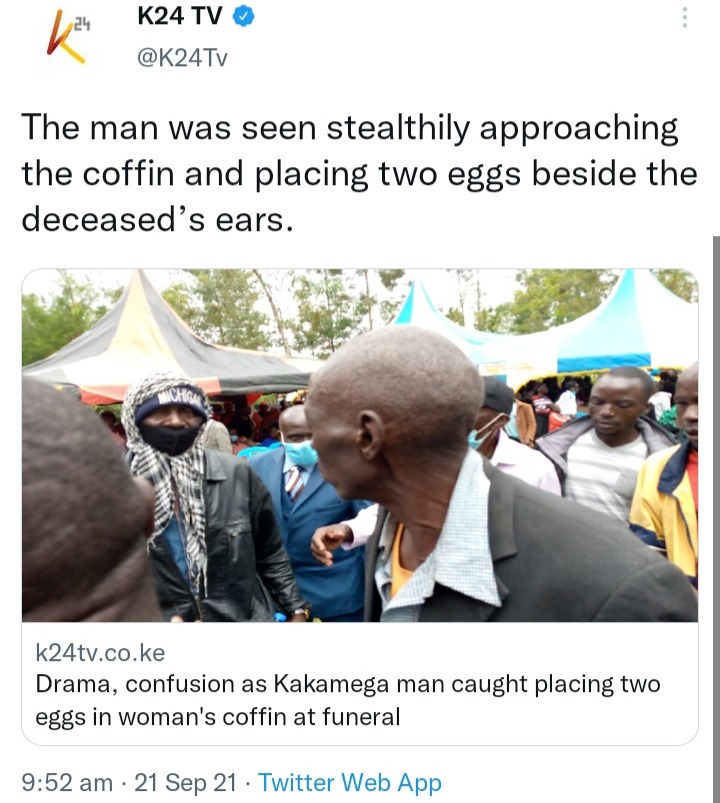