DCI detectives have nabbed a Senior Women’s Prison officer who has been associated with a conning and money laundering syndicate. The suspect who name is Grace Nyamohanga, her alias being “Nasra” is alleged to have duped job seeker over Ksh 200 Million in the last 10 months under the pretext of securing for them a job at major government parastatals. 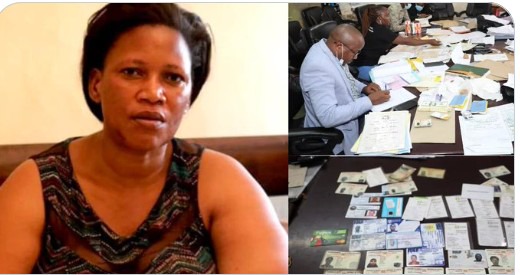 “The rogue officer has been operating a mafia organization that recruits helpless job seekers, with the promise of job opportunities in top government parastatals and government security agencies including the Kenya Defense Forces, Kenya Airport Authority, and National Metropolitan Service,” DCI said

Authorities got hold of this case after a woman was conned over Ksh 800000 by the suspect and her alleged syndicate, reported the case to DCI detectives in Kiambu. She reported that Grace had tricked her into wiring the money after she (Grace) promised her that she would secure a job for her three sons in the Kenya Ports Authority, National Metropolitan Service, and National Hospital Insurance Fund.

Grace even went ahead and falsified an invitation and appointment letter for the three sons. The woman and her three sons later met Grace in a posh hotel, had a sumptuous meal and we’re taken on a tour to Jomo Kenyatta International Airport where the three sons would be “working soon.” Alongside Grace was a man who posed to a human resource manager. The ploy looked so real that it wasn't until 3 months later that the woman discovered she had been duped of her hard-earned money when she never got word from Grace again.

DCI detectives upon being informed of the case tracked Grace and raided her in her home in Kiambu. During the raid, the police were able to recover a countless number of ID card photocopies, fake appointment letters, and fake US dollar currencies that amounted to over 2.4 Million. They also recovered her record books where Grace had scribbled all the stolen profits from her victims. 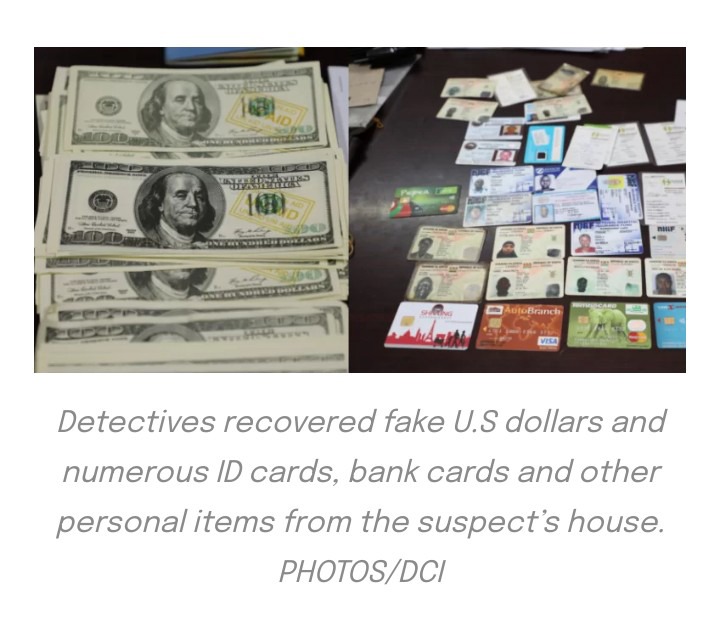 Police are still probing the suspect as they continue to track down the other associates of Grace. It is believed that Grace had a driver to whom she paid over 5.7 Million and a fellow compatriot who she wired over 6 Million. She is still in police custody in a Kiambu Police station pending completion of investigations and eventual arraignment in court.

The Government Releases 4.2 Billion To Schools.

A blow to Anne Waiguru after this happened to her.