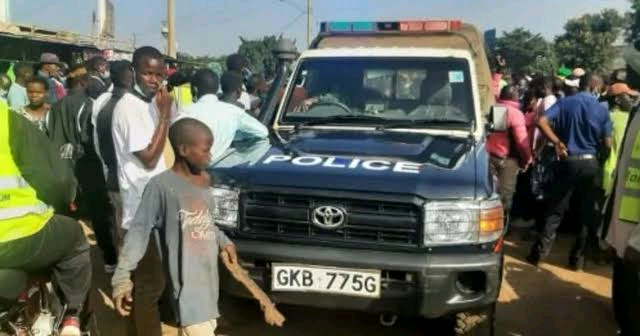 The two bodies were discovered by members of the public who called the police.

Preliminary investigations revealed that the bodies were found on Monday and transferred them to the hospital mortuary.

"Police found two other bodies the following day (Monday) and took them to Kilgoris Mission Hospital mortuary in Narok." The statement read out.

This comes barely few months when a Standard Eight candidate reportedly murdered a woman and her three kids in Poroko village, Narok County.

Police discovered the remains of Juliet Naeku's sons, 10-year-old Evans Mioki and five-year-old Eliot Leitipa, thrown 150 metres from the homestead on Monday before the suspect admitted to the killings. 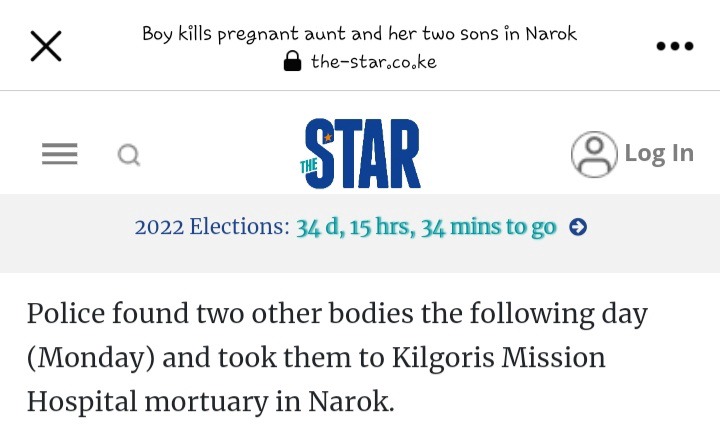 Meanwhile, the suspect has been arrested and he is currently being detained at the police station pending interrogations.

In another story, three people were also arrested for allegedly strangling 27-year-old man to death over lady.

Price Of 1Cement, 1Block, 1Lorry Of Sand And Black Marram For Building Houses

What Happened To Githeri Man Five Years Down The Line

Ruto or Raila? Latest Provisional Results As At 8:15am Shows Who Is Leading Between Ruto & Raila

Here Is What Uhuru Kenyatta Will Pocket As His Retirement Benefit