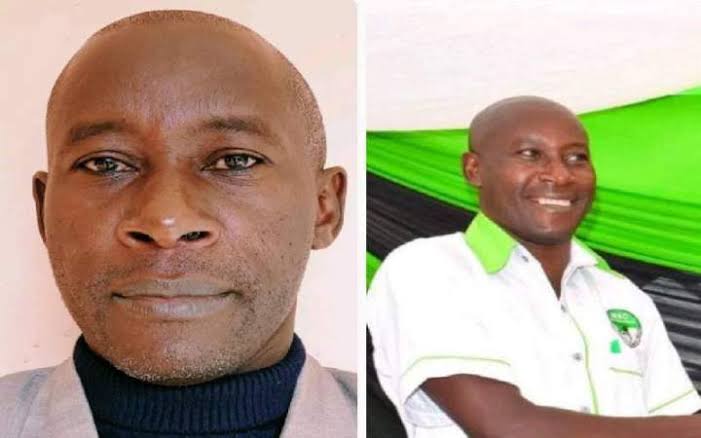 Postmortem results have showed that the slain Independent Electoral and Boundaries Commission Returning Officer for Embakasi East died out of being strangled to death.

According to the report that has since been shared by the pathologist, he was badly injured at the neck region which shows that he died a very painful death. 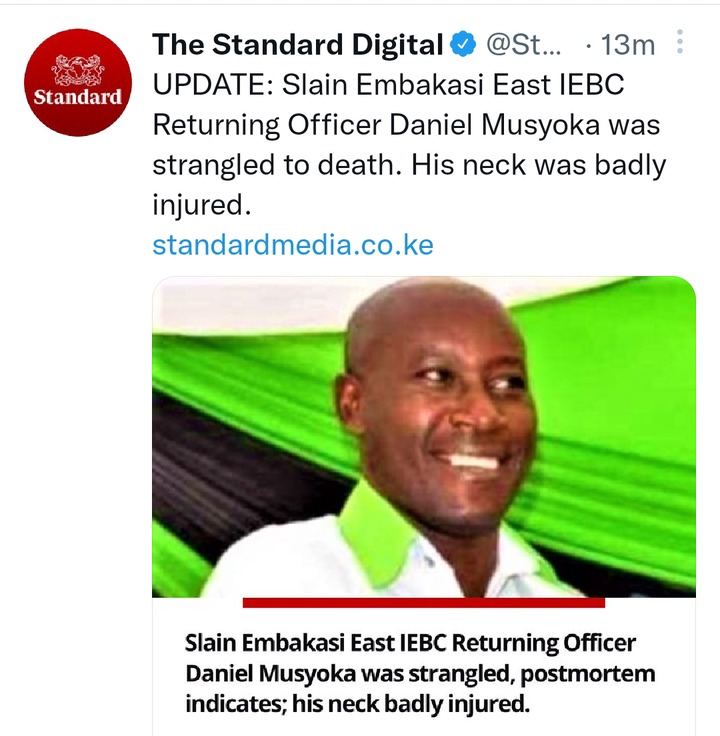 Daniel Mbolu Musyoka, 53, vanished after he stepped out to answer a phone call at the Embakasi East tallying centre -- the East Africa School of Aviation -- last Thursday evening.

He was about to announce the results in the member of National Assembly and member of county assembly races for Embakasi East.

His body was on Monday, August 15 found at the Amboseli National Park in Kajiado South Sub-County.

The police officers revealed that the body also showed signs of struggle and torture but no documents we recovered from the scene.

"It is evident that the victim was killed elsewhere and the body dumped in the valley. The body has scars indicating torture before the death. He possibly died a painful death,” the security officials said.