Siaya: Shock After Missing Business Man is Found Dead as Insecurity Rise In The Area

Salim Opany Amollo aged 28 years reportedly went missing on the night of May 11, 2022. His body was discovered two days later at Bondo Sub-county Hospital mortuary. Mr Opany was working as a bread vendor before he was found dead. 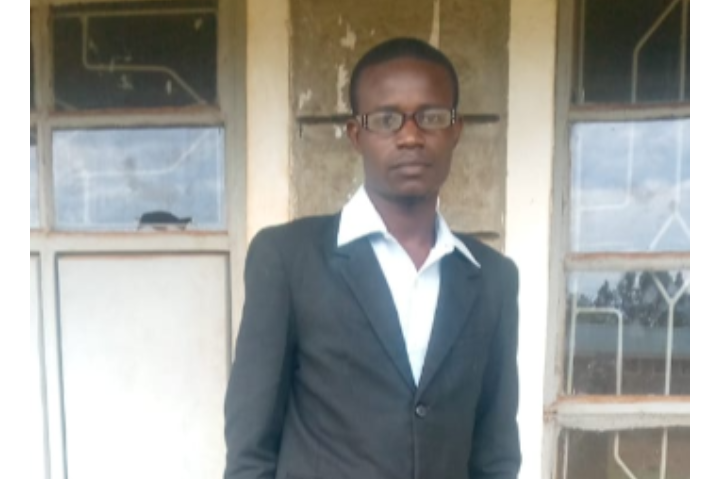 His religious activities were also confirmed and he hailed from Nyandorera in Usonga Division and worshipped at the Rock Rick victory church in Maranda. The members of the church raised alarm on Sunday, May 15, after failing to see him at the church forcing the church's pastor Christopher Puch to ask his son to look for him inside his house. 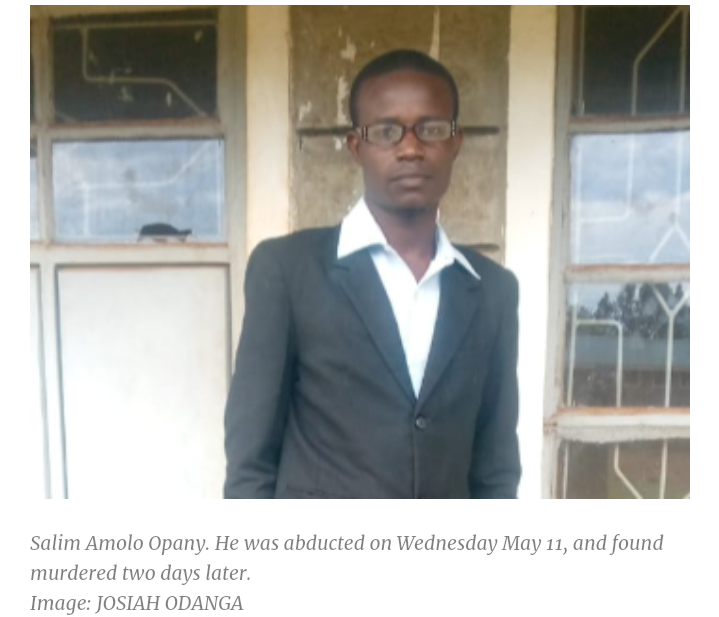 On reaching there, the door was not locked and plates of rise and thermos flask were found on the table. The food remains were decomposing indicating that there was no activities in the house for some days. Neighbours admitted that they heard several footsteps in and out of his house one day before he was confirmed missing. 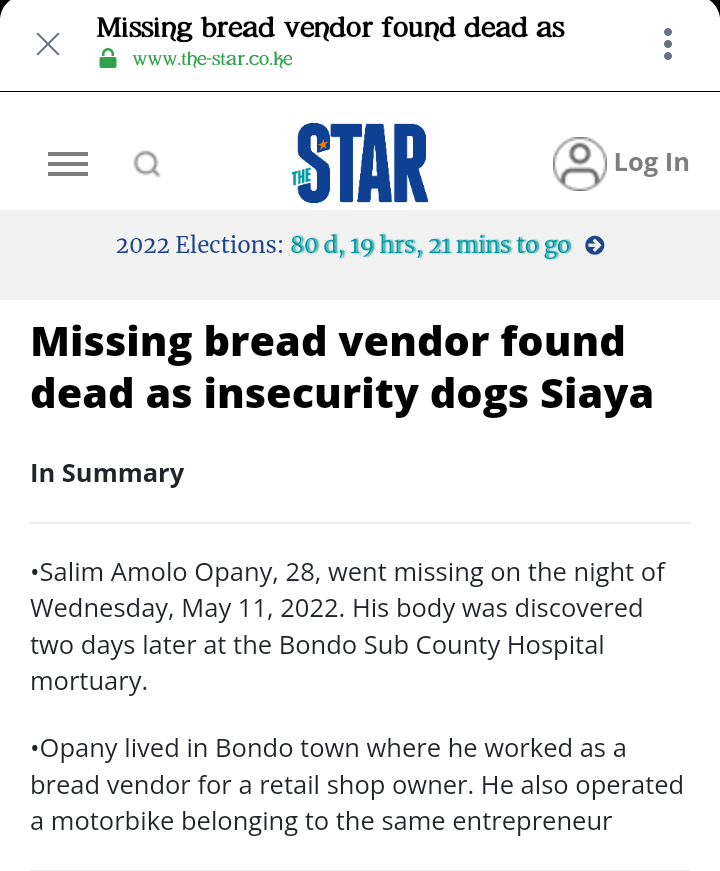 A search for him started and they could not locate him. They then received information of unidentified man who was dropped in the mortuary on May 13. They found him in the mortuary but they could not believe it was him since his face tissues were badly damaged. Police claim that his body was collected in the bush full of injuries, cuts and bruises but they have launched investigations into the incident.