By Niccur_Boss (self media writer) | 2 months ago

Two identified perpetrators are now facing the tough side of the Kenyan law after being nabbed trying to transport stolen Standard Gauge Railway (SGR) Materials. 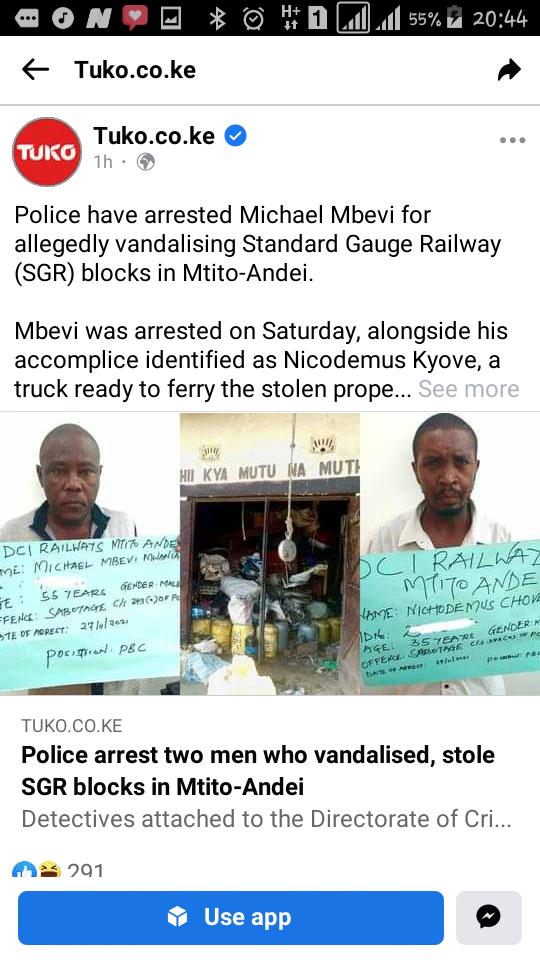 The suspects Michael Mbevi and truck driver, Nicodemus Kyove were caught on Saturday morning at their scrap metal store, four days after SGR reported lose of blocks in Mtito-Andei area.

Mbevi, was nabbed in the act loading the stolen Government resources while the truck driver attempted an unsuccessful escape but was immediately caught.

The railway gauge blocks is believed to have been heading to a lucrative metal market for sale and in turn earn the suspects easy profits.

According to the Directorate of Criminal Investigations (DCI), the successful arrest of the duo came after a member of the public spilled beans to the Railway officers, providing them with relevant details concerning the raid. 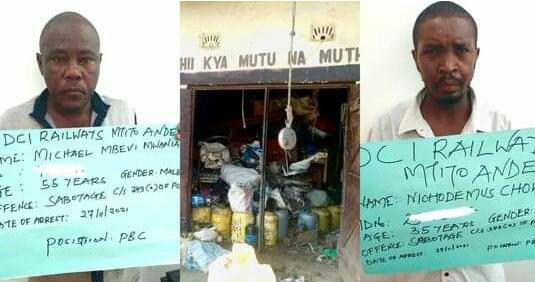 In addition the detectives have urged Kenyans to emulate the patriotic man who reported the law perpetrators.

Meanwhile, what do you think about this?