By GlobalPolitics (self media writer) | 4 months ago 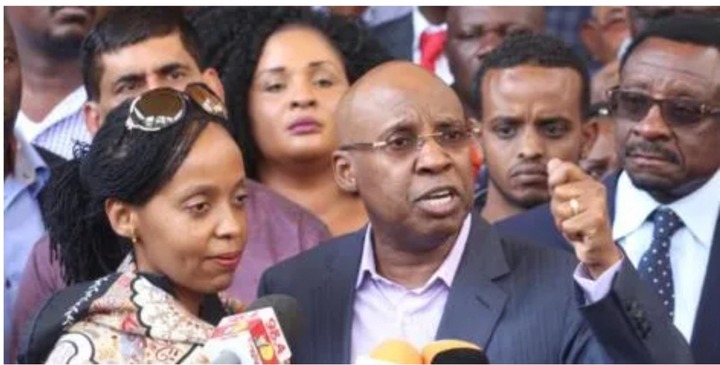 Great Tension has evaded Evaded Jimmy Wanjigi's Kwacha Offices in Westlands a few moments ago brought by the Arrest of the Business guru.

Sources say that Wanjigi was arrested after Surrendering to the contingent of Police Officers Who were manning his Kwacha Group officers. It is said that the Business Tycoon had caged himself into hiding place inside the building for eighteen hours and this made the officers to trying breaking the main door in search of him. 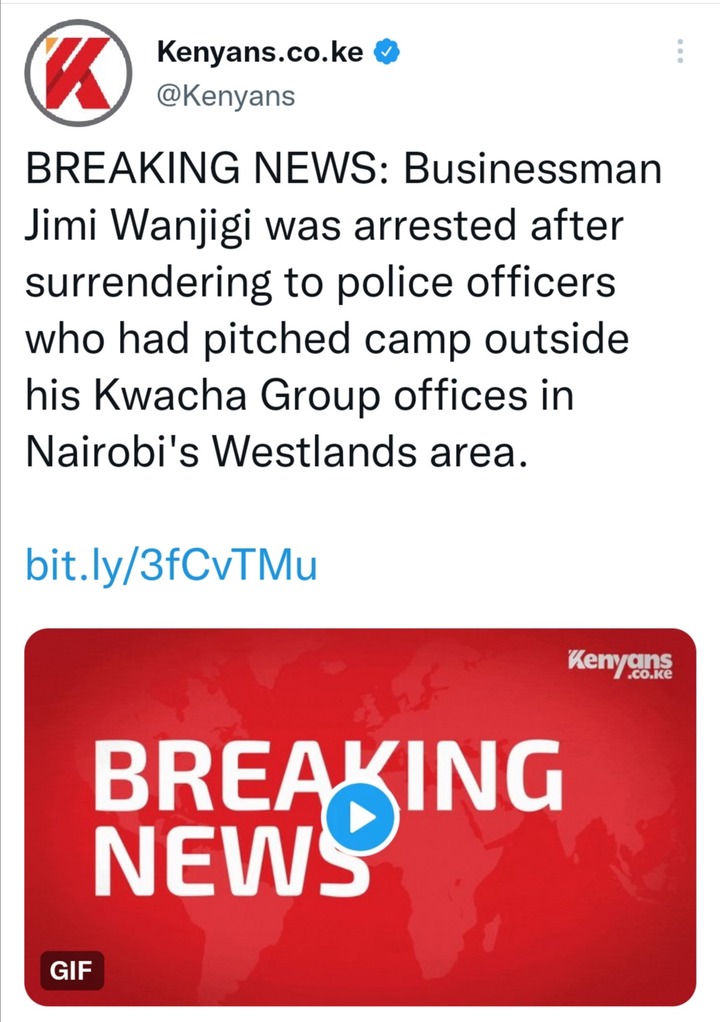 According to the report from Wanjigi Yesterday briefing the Media, Police wanted him personally to record Statement to the DCI headquarters despite his efforts of ordering his Lawyers to deal with the matter.

The Business Tycoon was arrested over the matter around acquisition of the land where his Premises are located. The Space is located along high-value General Mathenge Lane in Westlands in Nairobi. After his Custody, Jimmy Wanjigi confirmed that he apprehend the whole plot of his arrest and it had nothing to do with the Land case that was being implicated in.

Wanjigi had earlier acquired a Court Order barring him from arrest by Police which he displayed to the Officers in Action who ignored it and went ahead to put him in custody.

3 People Dead, 3 Others Injured After a Lorry Transporting Farm Produce is Involved In an Accident

What Ruto Said at The Coast That Has Attracted Junet's Attention