By Joeblessing (self media writer) | 23 days ago 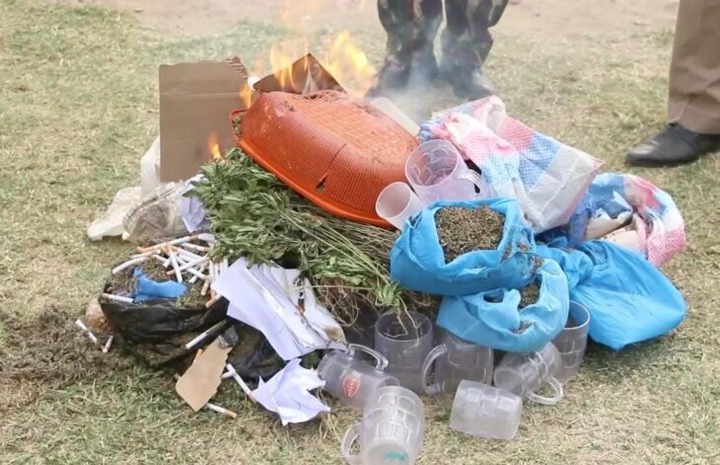 The government has been having been on a constant hunt for brewers and sellers of illicit brews in the country.statistically thirty thousand people have lost their lives since the war against the brews was launched by the government.The efforts has been faced by very many challenges and now the government has now focused more inorder to eliminate most of the challenges that have been encountered.

The ps was addressing a meeting in Thika that had brought all stakeholders who are in constant fight against drug and substance abuse.The Thika member of parliament Wainina wa Jungle was present and was happy that the war against drug was beginning in Thika and this would mean that the war will be more intense .

Warning has been issued to those collaborating with the sellers and brewers that this time round that the hand of the law will nub them.This thirty day intense operation will be sustained for three consecutive months,the conclusion to fight this came up as its benefits are too low compared to its advantages and hence the need to eliminate it.

Speaking to Inooro television journalist the unity of security agencies is promising a fight with casualties expected and arraigned in court.The sad reality is that those that are consuming the drugs are young people who die very young or lose focus in life and visions are killed.

All the stakeholders have been urged to join hands together although the fight against drugs is devolved,it is important that the national government carries out audits to keep county government in check and ensure that the fight becomes successful.

The chairperson of Nacada has pleaded with the government to ensure that the war is decentralised and the heat is felt even at village level.The ps has warned those in the business to quit or have enough money to keep escaping the hands of the law.