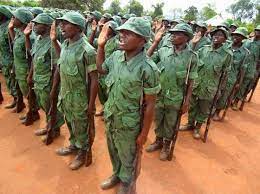 Police officers in Tanzania have arrested three officers from the Jeshi la Kujenga Taifa (JKT) who tortured and killed a suspected maize thief.

The three officers from JKT, which is equivalent to Kenya's National Youth Service (NYS), are said to have caught a man stealing maize before torturing him until he breathed his last.

The three are currently being held by the Arusha police. They are being accused of torturing and killing Almasi Mohamed, a resident of the Ngaramtoni area in the Arumeru district, whom they accused of stealing maize.

Arusha Regional Police Commander, Jastine Maseju on Tuesday told Mwananchi that the suspects had been deployed to guard the National Seed Production Agency (ASA) farm located in the Ngaramtoni area in Arumeru district.

"It is true that we are holding three Suma JKT officers and an investigation is underway into the killings and we will issue an official statement after the investigation is completed," he said after loose translation from Swahili.

The deceased's wife, Mwanahamisi Rajabu said on Monday she found her husband while bleeding and had bruises. 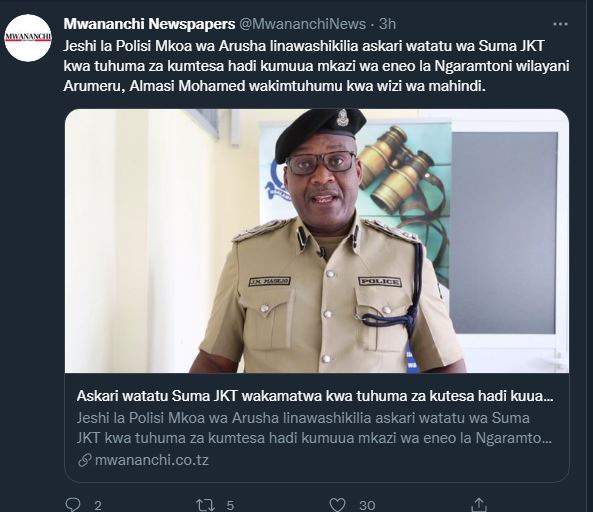 Police informed her that her husband was at the Olturumet Hospital, and when she arrived, she found him vomiting blood.

"I got a call from the police that my husband was in the hospital and he was very ill from the beating. I went and found him in a critical condition and he told me about the tragedy and later he died," she said.

The deceased's area Chairman Elias Ndemlya said the deceased was a farmworker.