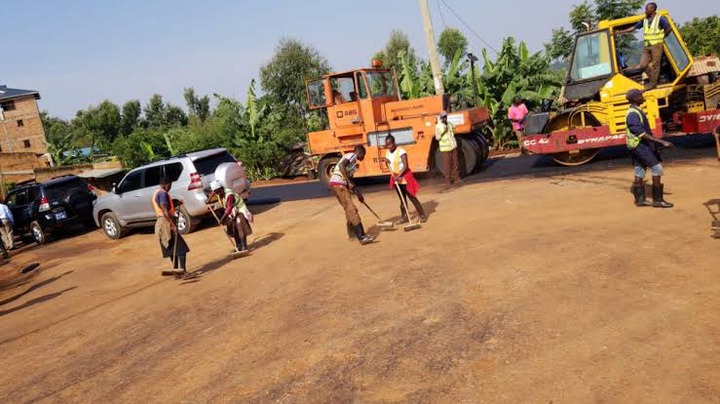 Tragedic incident has occurred at migori county, uriri sub county, at oyani gogo junction where a woman left dead on the spot. The accident occurred where a road construction rolling machine toppled over a woman just barely two weeks after Uriri high school teacher was killed in the same spot. The woman who is reportedly to have been working for the Chico construction company.

The succumbed whose name was revealed later to be Millicent well know as 'Nyagot' was on her usual duty during the incident.

This is not the first accident to happen on the ongoing construction at the Rongo Migori road but more had reported in the past. 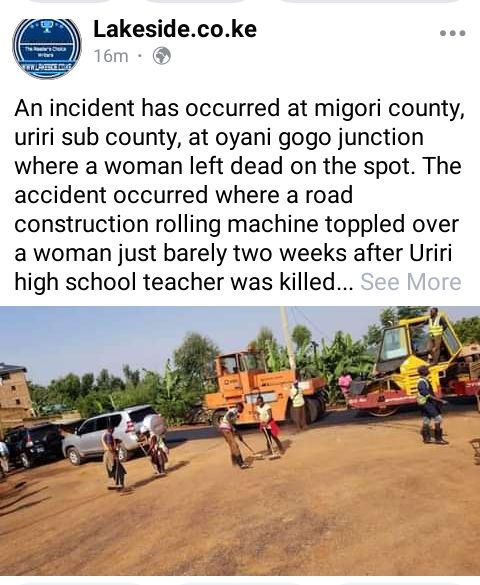 The Lakeside.co.ke during our inquiry on the event found that the roller machine was on a reverse move while the deceased was on her duty setting controls over the other moving vehicles and motorists on a Heavy trying to create a quite space for easy movement.

Chico Henan international cooperation Group commonly known as the Chico is a Chinese state owned construction and engineering company working on the Rongo-Migori highway has been known for their worrying accidents rate on operation.

The witnesses of the event and the communities around are now requesting the company to implement Diversion on the roads essentially their points of operation. They also claimed that more worse could happen if not considered well as a result of the heav traffic on the road.

What's your Opinion concerning the matter?