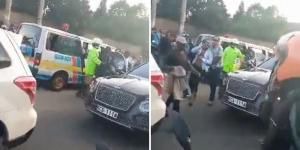 Speaking to the media, he denied the allegation of police involvement and put to task Tekklemichael's wife, Mileno Mezgebo, who had laid claim that the authorities were behind her husband's abduction.

Shioso noted that the police force followed the rule of law, hence if they would have followed due procedure if they sought to apprehend the Ethiopian tycoon.

“I think Kenyan intelligence can speak for Kenya and Ethiopian intelligence for Ethiopia. In Kenya we arrest suspects, take them to court and process them through the criminal justice system."

"We are a rule of law country, and our law enforcement pursue democratic policing ideals. If she claims she's in contact with Ethiopian intelligence then they're better placed to comment," Shioso stated.

Mezgebo had alleged that only government agencies would abduct a person in broad daylight in front of a uniformed police officer.

“If those were thugs, the traffic police officers would not have allowed them to take Samson. Secondly, if they were thugs, they would have asked for ransom by now, so this is the government," she pointed out.

She affirmed that the Ethiopian Embassy in Kenya had denied any involvement in Tekklemichael's abduction.

Mezgebo noted that the embassy was willing to help- to the point of sending an official to accompany her to the offices of the Kenyan Ministry of Foreign Affairs.

“The embassy is trying to help me,” she stated.

A footage had recently surfaced online, showing the businessman being picked up by unknown people in front of a traffic officer.

In the video, the businessman could be heard pleading with witnesses to record his abduction as he left his Bentley in the middle of a road in Kileleshwa. 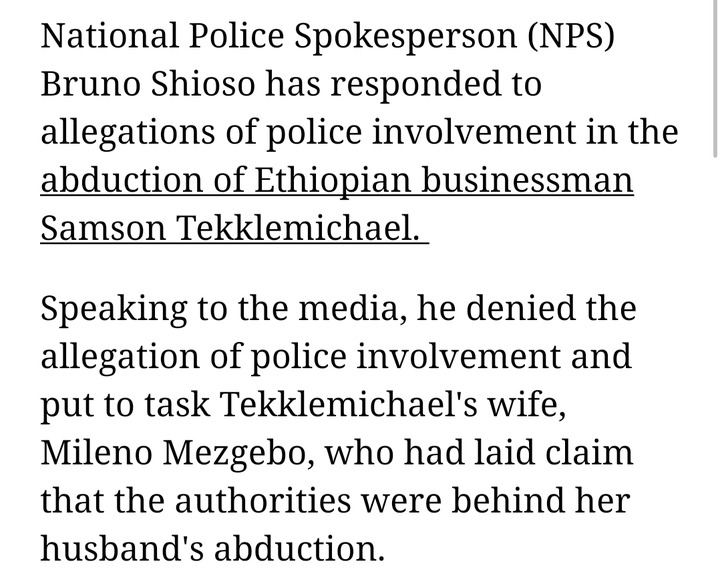 8 Reasons Why You Should Eat Watermelon Seeds