By Description (self meida writer) | 19 days 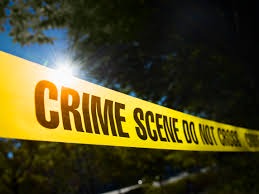 2018 begun as the most exciting year for Stella. It was the year she traveled to Nairobi from home village in Vihiga County. This however marked the beginning of a life full of pain. Today she can't manage to hide her tears of pain as she remembers how her move to Nairobi ended up ruining her life after two men forcibly took her innocence last year.

She explains how she was being used as a ‘honey trap’ by the same gang that defiled her. She would be used to target motorists who were not suspecting that she was in a group of gang which would end up robbing from them at a gunpoint.

Stella also vividly recalls how she was used to ferry what she referred to as a white powdery substance. She explains that she initially wasn't aware that the substance was Cocaine. In company of the gang, they used to transport the substance to Kawangware, Mathare, Kibra and as far as Wajir.

While narrating the whole ordeal, she says she was 14 years when her mother moved in with another lover and the mother decided that the daughter should join the new 'family' in Kibera from Vihiga and continue with her schooling there. According to Stella, things appeared promising. After landing Nairobi, Stella headed to Kibera, where she lives till now.

This marked the beginning of the young girl's troubles. She met her difficult stepfather who she says used to call her a 'prostitute' and that used to hurt her too much.

While in Kibera, Stella wasn't permitted to move around while interacting with the neighbours. She says that this killed her talent and love for football. The new home was also full of endless chores.

However, Stella managed to join primary school with unwavering hope of passing her KCPE that she was to sit for that year. Stella narrates how she used to get above 400 marks while back in the village in Vihiga County. Sadly she started to score poorly after joining the new school in Kibera. She casts the blame to her parents who used to stress her all time, a thing that forced her to run away from the 'new home'. That was when she made a new and the first friend, Maria, since she left the village. Stella says that Maria was a good friend.

Stella used to spend the nights at the market shades in the slums and later run to school in the morning. She was too much determined to complete her KCPE exams since she had registered for that year.

In 2019 the two primary school girls, Stella and Maria, aquired a new phone which they used to call Maria's boyfriends from Kawangware who had promised her a golden chance of making huge amounts of money. The young lady says that she always thought of ways to make good money since she hated her parents who used to mistreat her.

Later after her good friend met the 'boyfriends', she vanished and was never found again till to date and the KCPE exams were approaching.

After she finished her last KCPE paper, Stella went to Kawangware to see if the boys knew about Maria's whereabouts. The boys said that they knew nothing to do with Maria but offered Stella a job. The job was just a simple task of picking a packaged bag in town and take it to them. The boys told her she would be earning Sh20,000.

Later she learnt that she was being used to traffic sachets of Cocaine. She initially wandered what the white powder was but later came to learn that it was Cocaine. The Cocaine was being sourced from Somalia and was being delivered from Wajir. Stella says that she became part of the gang. They were armed with guns and would go to Wajir and violently rob from innocent people. She explained how one day they damped a dead body into the river. She was being used by the gang when robbing, a thing that helped them not to be caught since she was very young and appeared very innocent and hence people could not easily think that they were thugs.

She says that severally, the four-membered gang used to leave her blind-fold in odd places for many hours. However, in March last year, Stella faced the worst experience in her life after she went to drop the bag as she used to do when two of the gang members turned rough on her. The lady bitterly explains how the two took turns to defile her.

Stella says that she did not report the case since she was in too much fear. She later became pregnant but did not disclose it to her parents. The lady, added that she lives in fear till to date since the gang gave her a stun warning that they would go for her if she dared reveal who they were.

That was the bitter life Stella, who told Nation not to reveal her actual name, went through after ceremoniously leaving Vihiga County to go start a new chapter in life in Nairobi. 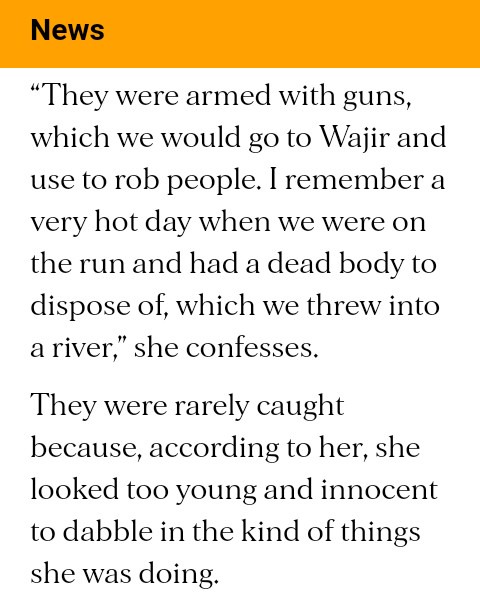 'I Was A Survivor Who Believed In God, My HIV Positive Results Turned to Negative,' Alice Narrates