The mysterious death of the young New Zealand national who died while hiding in Kenya has taken a fresh twist after new details emerged with a message he sent days before he took his life on Sunday, November 28 surfacing.

Following negative coverage about his life in his native New Zealand, Jake Millar was battling his own demons in an email he sent to his closest ally Sir Ray Avery which prompted him to end his life. 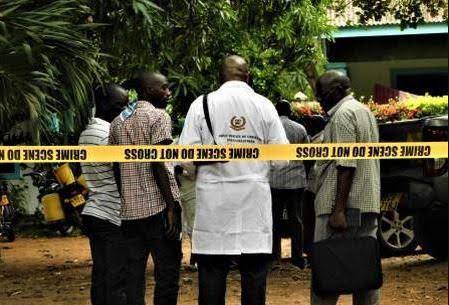 "Thank you for taking care of me when I was actively trying to die because of the media tsunami in New Zealand, The New Zealand media can be so nasty and being away from NZ, I'm starting to feel more optimistic about the future. Love to you both," the email addressed to Avery and his wife read.

A look on Jake's social media accounts portrayed a life of a depressed billionaire who was driven out of his country by the media which is believed to have pushed him to make this resolve.

His friend Avery lamented that Jake had been left alone with just the trial by the media comments recirculating in his head which prompted him to end his pain by committing suicide.

Female Celebrities Who Use Their Real Names In The Entertainment Industry

Breaking News: Tension In Africa As The Hoborable President Is Arrested And Detained By Soldiers