By CityNews (self media writer) | 14 days ago

Today, we have woken up yet to another shocking confession of two armed robbers Njoroge and Matundura who are being held in custody right now. As reported by Nation media, Njoroge, Matundura and two others had planned a robbery mission in Bahati area Nakuru county in the home of a wealthy farmer. They raided his house at 8pm and two entered the house while other two went to the family maize miller shop which was just in the family compound. 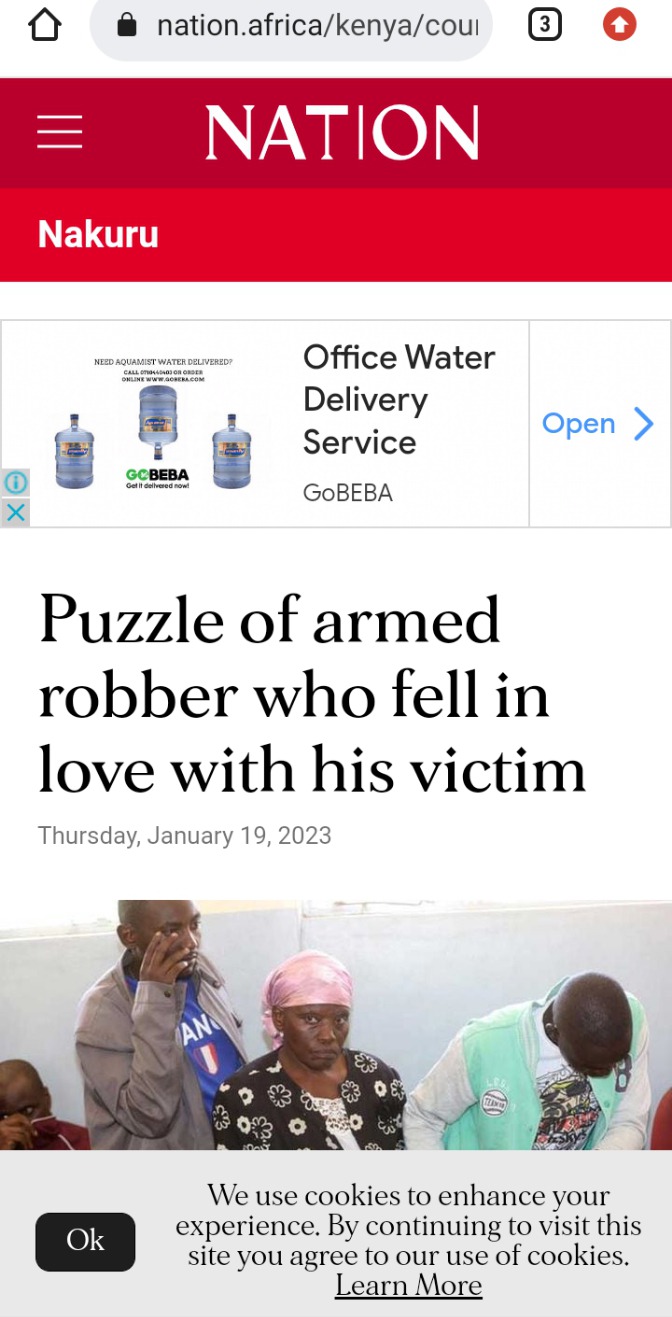 In the miller, they found James the owner and his friend. They terrorized them and took money, phones among other valuable items. In the house the other robbers were terrorizing James' wife and stealing from them until when one robber Matundura fell in love with the family house help forgetting that they were in a mission to steal. Instead of continuing with whatever they were doing, Matundura instead assured the house help safety and even asked for her number. 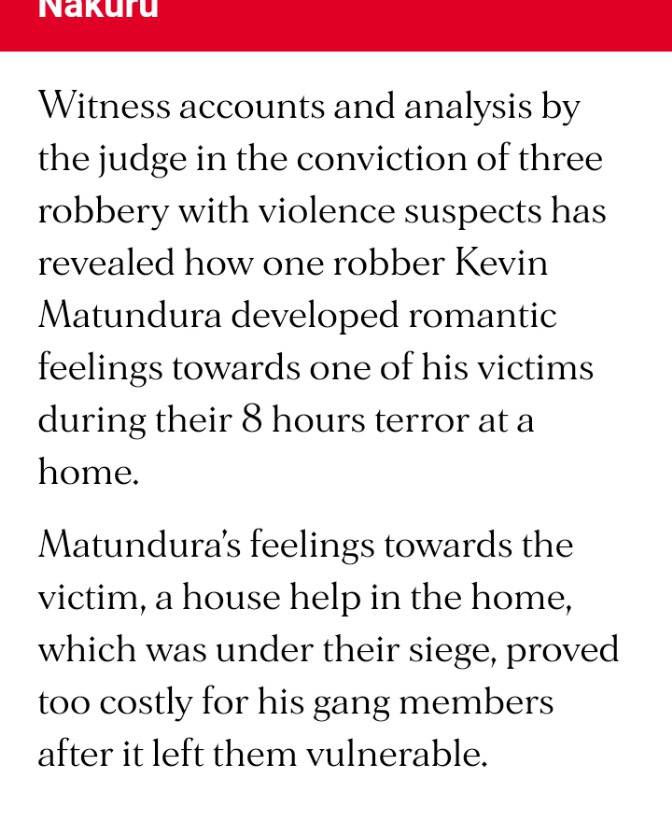 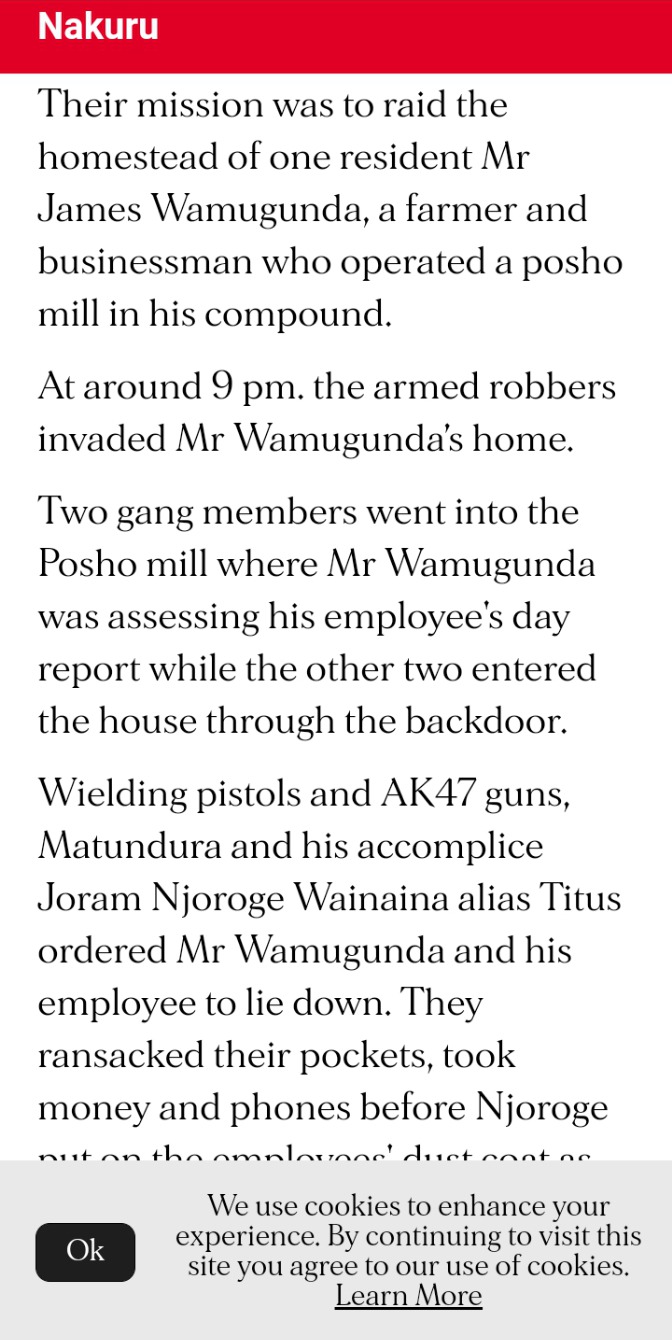 When Njoroge the other thief arrived, he was also smitten by the house help's beauty and he lured her to take him to the servant's quarter where he sexually assaulted her. By morning 5am, the two thugs Njoroge and Matundura were angry at each other for a fact that Njoroge had assaulted the house help who had taken Matundura's heart. To revenge, Matundura waited until daytime where he texted the house help and apologized. 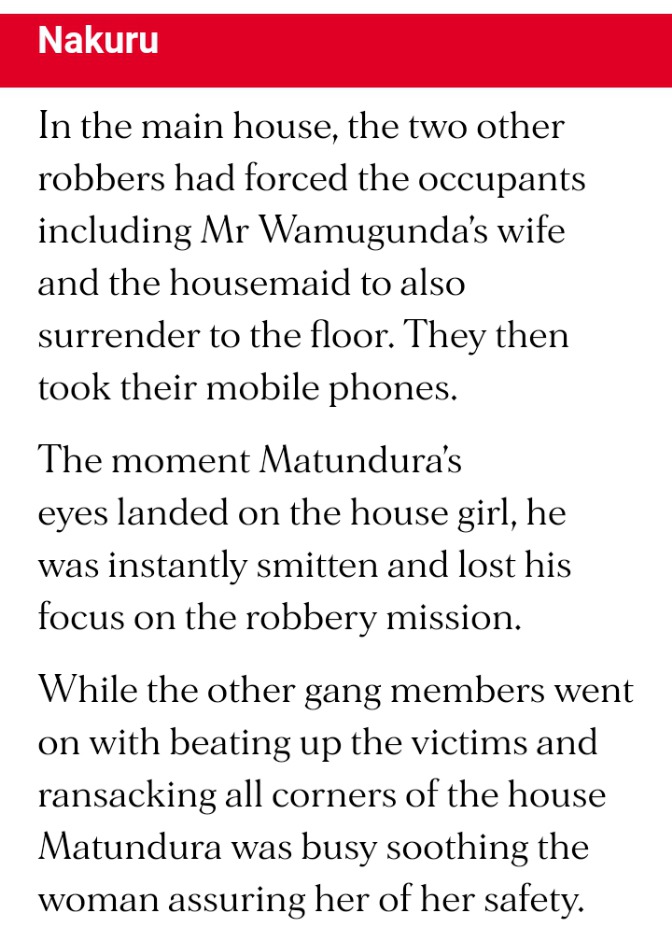 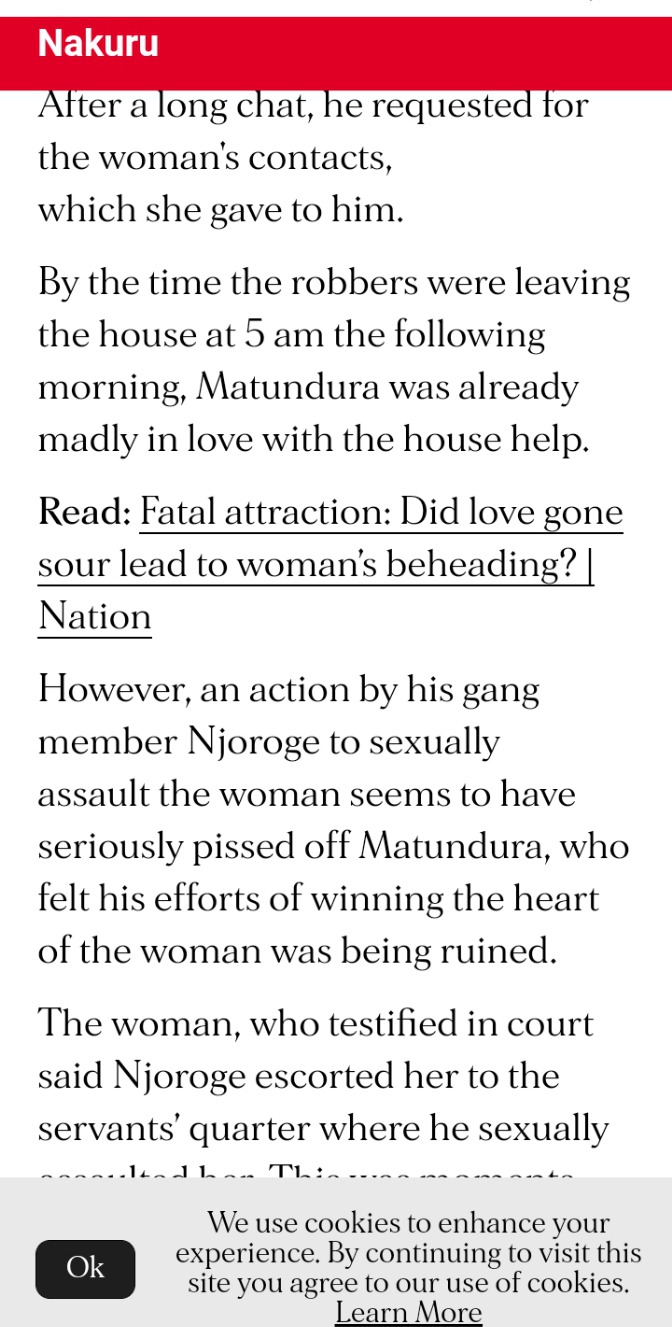 He directed her to where they had taken the stolen car, money over Ksh100000, valuable items among others. Through police guidance, the house help met with Matundura where he was arrested and directed officers to get the pistol which they use for robbery and it had been buried at Njoroge's farm. The two are in custody as we speak waiting for final judgement on 23rd of this month. Source, Nation. 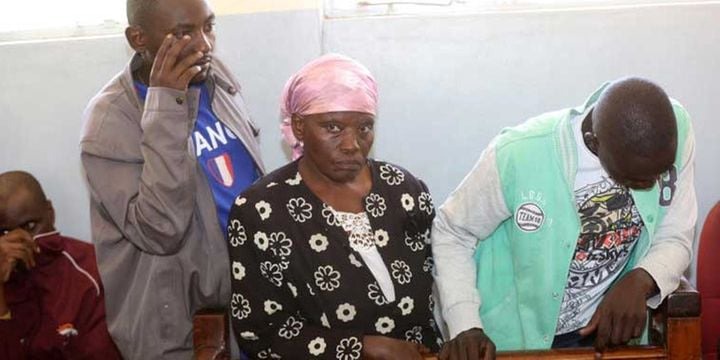