"I Had Decided To Poison My Son Since I Felt The Guilt Of Not Providing Due To My Disability," Lady Painfully Narrates

Lucy Njoki narrates her painful story of how she was ready to poison her only son and herself since all hope was lost. Lucy was born and brought up in kericho county.At the age of seven Lucy was administered some pneumonia injection which ruined her life. Her leg started swelling and it developed problems which later bore a disability.

In the year 2007 their house was burnt down and they were left homeless.They were moved to Nakuru as IDP's.life became unbearable for Lucy and she decided to travel to Nairobi .Here in Nairobi she was employed as a househelp in kawangware for almost five months.she later met the love of her life and they moved to Kariobangi south together. 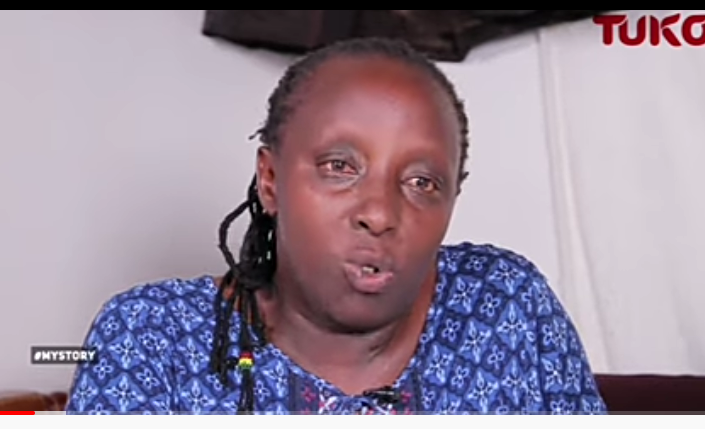 The husband to Lucy was a Muslim business man. This made Lucy convert too.After a few months Lucy got pregnant she was so excited to have a baby with the love of her life. She din't know it was all a Blessing in disguise.After six months of her pregnancy her husband was involved in a fatal road accident that left him hospitalized in Kenyatta.

He was there for three months. Lucy's delivery time was due and she was taken to the hospital.she gave birth to a bouncing baby boy. Her husband sent a messenger to deliver the babies name since he had already choose. Just after the message was delivered her husband died. He din't even get an opportunity to see his new born son. 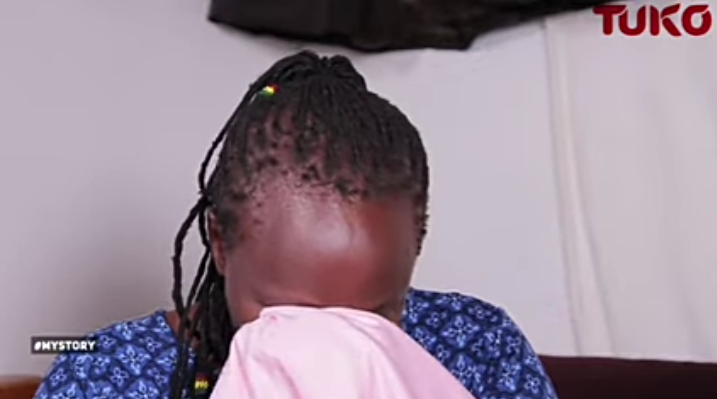 Lucy stayed in the hospital for months due to lack of clearance money.she was later released and she moved to Mwiki. Lucy was a very hardworking lady she sold tissues and even offered services such as washing clothes for money. With this she managed to bring up her son and pay their house rent.she says she had invested one fifty thousand on her tissue business.

When her son got to class five, Lucy's disabled leg became worse. She tried treatment for two months but it never worked. She could not even walk again.she used to walk a very short distance then fall .she even lost some of her front teeth after a fall. Lucy went broke and she was even unable to pay her rent anymore. Luckily her son was given free education. It reached a point they even had nothing to eat. Lucy had sold all her household items in order to get food and rent until there was nothing more to sell. She had planned to cook porridge put poison in it and drink it together with her son so that they die during the night.Lucy pleads with well wishers to help her. She says if her leg is healed she can go back to her tissue business since she was a hardworking lady. https://youtu.be/UiISW56kQsw