How This Twenty- Year- Old Notorious Robber Was Apprehended

By Jackiijerop (self meida writer) | 13 days 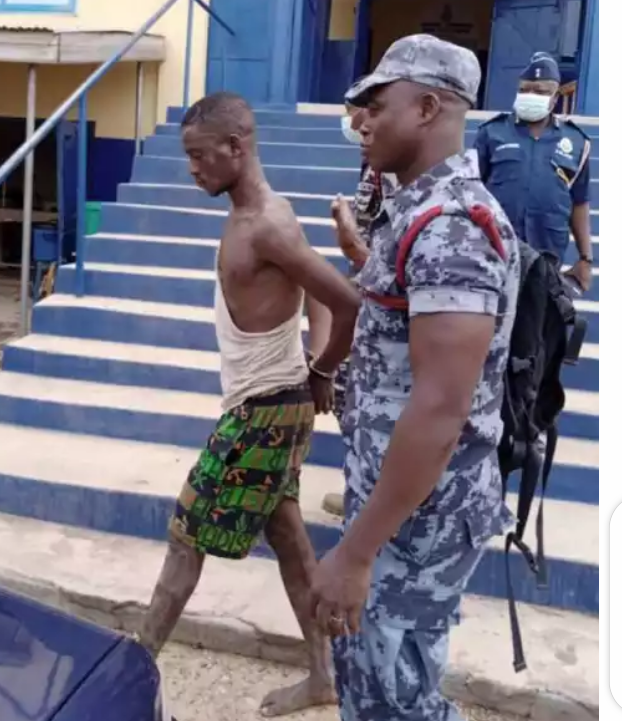 It was the end of the road for eluded a twenty- seven- year- old notorious armed robber Gideon Addai who has been making life unbearable for residents of Assin Fosu Pump Side.

According to the youths, four other accomplices took to their toes after the gang leader Addai was apprehended and beaten badly by the youths.

However, an intervention of the Assin Fosu police patrol team saved his life and he is currently in police custody assisting with series of investigations.

Some eyewitnesses who spoke to Kasapa newe Yaw Boagyan said they saw the wanted suspect with a gun attempting to rob some people and quickly ran to the person' s aid.

Information gathered that huge numbers of people rushed to the scene and got the gun from his hands and immediately started beating him up till he pulped up.

Meanwhile, the Assin Fosu Divisional Crime Officer DSP Daniel Darko while confirming the incident says the suspect is in their custody and investigations are underway to get the other 4 of his gang members arrested.

However, he failed to speak on record saying it' s was too early to make any comments on the matter until investigations were are concluded.

Meanwhile the divisional police boss has advice that people should be very careful on how they do things and also beware of the movement they make especially at night.

Armed robbery tarnishes image and should be avoided, it also lead to dead. The is no government that will surport armed robbery so people should be very careful and beware of what they do.