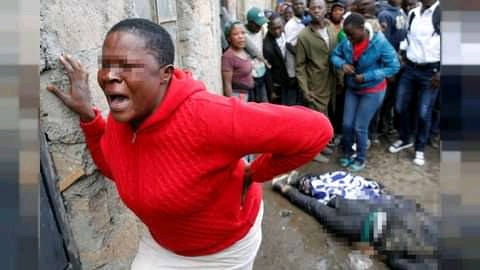 Sadness has raved residents of the Umoja estate in Nairobi following the death of a man who has been identified as Brayo. According to DCI the 29-years-old committed suicide on Saturday night after a disagreement with his wife over an unknown issue at deliverance court in the Umoja estate.

According to the reports his wife had earlier threatened to quit their marriage in which the deceased pleased her not to leave him. After the disagreement, the woman is reported to have packed her belongings and departed to her parents home in Dandora.

The 29-years-old man was so heartbroken following her wife decided to left him and later on in the night he wrote an emotional text message to his estranged wife telling her that she had left the world for her. "Nimekuachia Dunia". Shocked by his husband words the woman tried to call her husband to persuade him not to take his life but her phone went unanswered.

The woman is said to have returned the following morning accompanied by the deceased brother to check on Brayo only to find his lifeless body lying on the bed. It is alleged that Brayo had taken a poisonous substance that killed him instantly. The deceased body has been moved to Mama Lucy Hospital awaiting post-mortem. 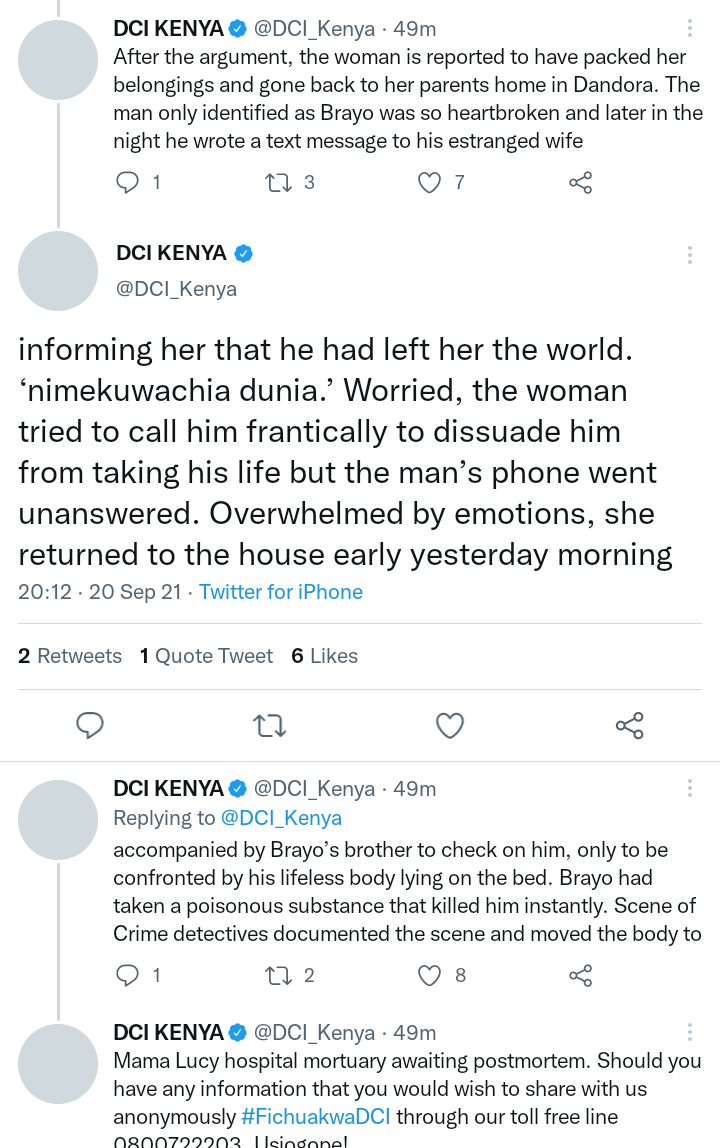 Why Ann Waiguru And Her Husband Live In Different Homes, Love Affair That Cost Her First Marriage