By MaquensO (self media writer) | 10 days ago

A man named Baba Jemo has recounted on how he faced the wrath of rogue police officers who apprehended him when he was on his way to catch a motorcycle ride that was already waiting for him. According to a story carried by Tuko.co.ke,Baba Jemo recounts how he was arrested at Grogan area along Grogan Kirinyaga area. Baba Jemo recounts that he was taken to an area where he found other people who had also been arrested. He noted that there were 13 other police officers who were guarding those that were already arrested. 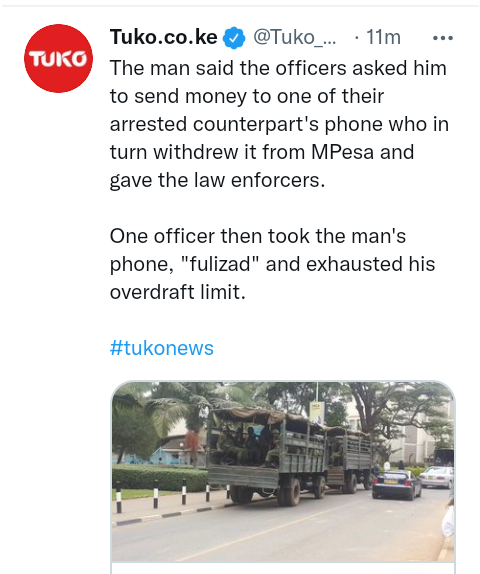 To buy their freedom,they instructed to call their parents and also threatened with a gun. Tuko reports that the police officers had rolls of bhang which they used to take the photos with those arrested as exhibit.

Tuko further reports that BabaJemo managed to get the 3000 shillings he was asked to produce. On a sad note after paying the money to the rogue Officers,they took his phone and fulizad the maximum amount to a number which the read name Christine Kadzo be Mtumi.

17 Qualities To Check in Guy before Marrying him