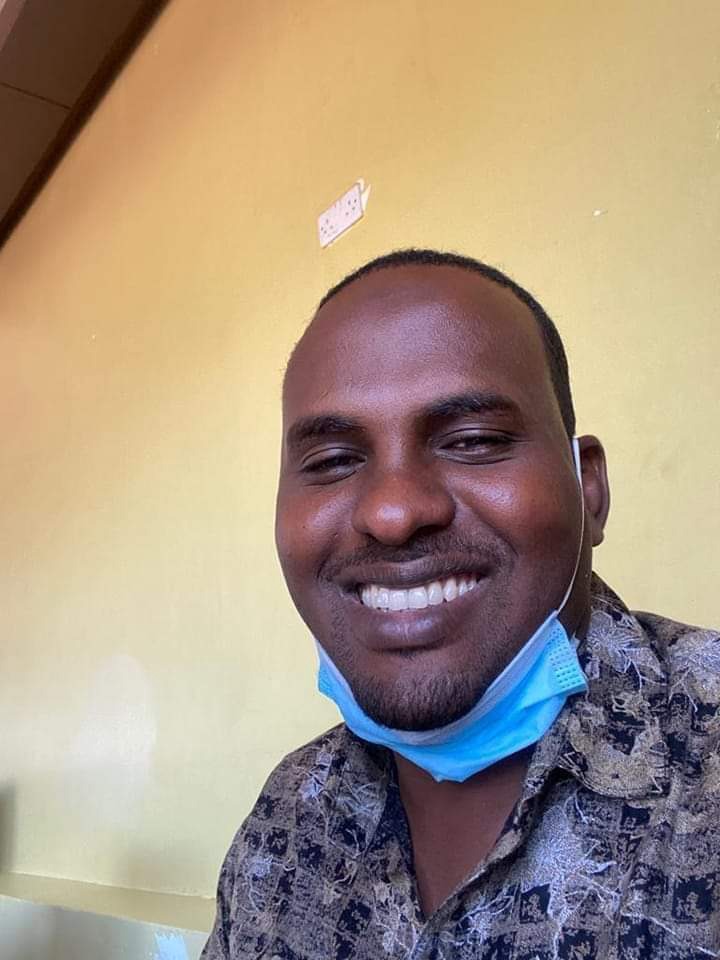 Yesterday evening residents of Kabarnet were treated to a shocking scene after two bodies were found brutally murdered and dumped by the roadside.

According to previous reports, the two badly mutilated bodies were discovered by passers-by who altered the area authorities.

After some detailed investigation, it has emerged that one of the bodies dumped belonged to a DCI Cop.

According to Kass Tv reporter Lemisato Emanuel , the body of Abdirahim Adow Abdulahi(pictured) a DCI officer based in Embu, was found at Kolol view point along Iten-Kabarnet highway.

The officer is reported to have been part of a team working on a "sensitive case" before he was abducted and murdered.

Lately, cases of forced disappearances have been on the rise with so many kenyans mysteriously vanishing only to be later found brutally killed by some unknown assailants.

This worrying development comes at the back drop of investigations into over 20 bodies dumped at the famous river Yala. 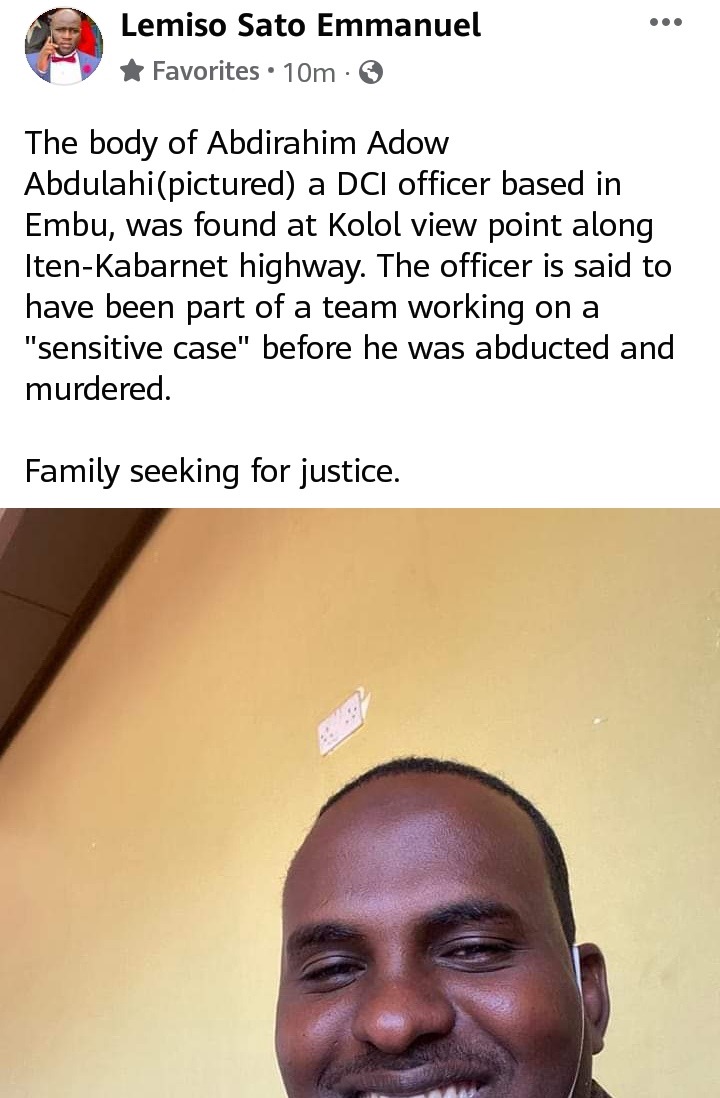 10 Kenyan Politicians Who Own Luxurious Hotels and Resorts (Photos)